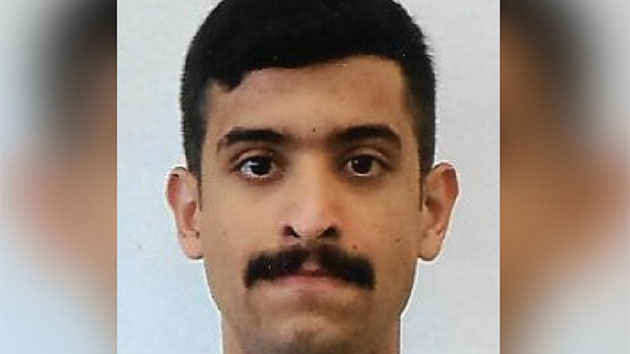 (PENSACOLA, Fla.) — Investigators are probing a report that the suspect in the Pensacola naval base shooting had watched mass-shooting videos in the presence of some friends in the days prior to the attack, two people briefed on the probe told ABC News.Three people were killed during the shooting at Naval Air Station Pensacola on Friday morning. The alleged shooter, identified by authorities as Mohammed Alshamrani, 21, a Saudi national and member of the country’s air force who was in the U.S. for flight training, was shot and killed at the scene by officers, police said.Agents are trying to confirm whether the investigative lead is accurate and have been going through the Alshamrani’s devices to find evidence of those videos. The information about these videos came from interviews with classmates of Alshamrani, sources said.Investigators are being led to believe that this was not some sort of gathering called specifically to watch the videos or that the friends who were present were part of any plot. Investigators have been told the friends got together with Alshamrani in an unplanned get-together and once they were together, Alshamrani apparently turned on the videos, the sources said.Alshamrani is said to have wanted to “pump” himself up in the run-up to the planned shooting and the friends present were not aware that he was allegedly planning a lethal attack.The preliminary assessment of investigators is that the shooter was not connected to a group of band of conspirators. Instead, it is believed he acted alone.The FBI has declined to comment on this but has scheduled a press conference for 12 p.m. Sunday.The victims killed in the shooting were identified Saturday night as Ensign Joshua Watson, 23; Airman Mohammed Haitham, 19; and Airman Apprentice Cameron Walters, 21. Copyright © 2019, ABC Audio. All rights reserved.

‘We’re tired of being patient’: 10 months after Hard Rock collapse, bodies inside to be removed
Cast of Netflix’s ‘Work It’ is ready to join the ranks of dance movie classics
Beverly Johnson explains why her ‘Girlfriends Check In’ was “really important” to her during this time
House Dems can sue to enforce subpoena against former WH counsel Don McGahn, federal court rules
Trump signs executive order giving Chinese owner 45 days to sell TikTok
Mississippi shaping up to become nation’s next COVID-19 hot spot