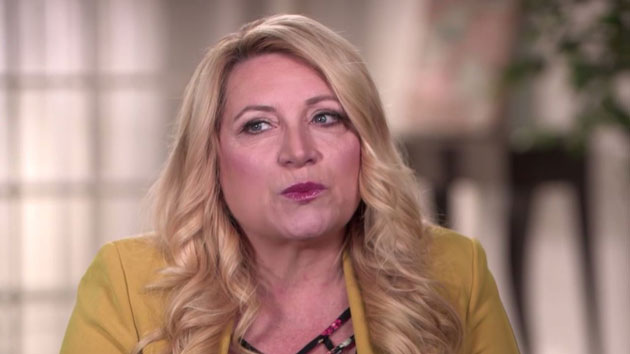 (NEW YORK) — Radio icon Delilah opens up about her life off-air and the inspiration behind her new book, “One Heart at a Time.”Delilah recently spoke out about embracing her faith following the death of her son two years ago.The much-loved radio personality’s 18-year-old son Zachariah died by suicide in October 2017. She also lost her 16-year-old son Sammy in 2012 from complications from sickle-cell anemia.While appearing on “The Dr. Oz Show” on Friday, Delilah said she did not think her son Zachariah was suicidal and opened up on his death.”He [gave me permission] to call his doctor and I did call. I called twice and I said, ‘My son’s talking about weird space travel and weird time loop continuums’ and his doctor never returned my call,” she told Dr. Mehmet Oz about her son.She went on, “And, he spent Saturday and Sunday at his dad’s house, they had his favorite food, they watched ‘Star Wars’ then Monday night, he came home from his dad’s house. He spent a few hours in the barn with our cats. We had four kittens…he came in and ate dinner with our family. Went up to his room and played video games, and then at 10:30 he came down. I was in Africa, and he said to my husband, ‘I’m going to go for a walk."”She explained that he left a nine-page letter that focused on “time travel.” Delilah also shared what she missed most about him: “He had more energy than all my other kids added up — just larger than life.”Her healing process largely revolved around her faith, she explained.”There’s a man named Rory Feek, who is a country songwriter who lost his wife to cancer,” she said. “And he called me, and he said, ‘Delilah, your boys are much more a part of your future than they are of your past.’””We share the same faith and I just, I was in this rage, and I said, how can you say that? I don’t get to go to their weddings, I don’t get to see their babies, I don’t get to be a grandma, I don’t get to see them graduate, both of them,” she said. “And he said, ‘Because you know where they are, and you know you’ll be with them in the future.’”The mother of 13 previously spoke out about her son’s death by suicide in 2018 while discussing her memoir “One Heart at a Time” with “Good Morning America” co-host Robin Roberts.”I couldn’t write, I couldn’t talk about it,” she said of Zachariah’s death.Delilah said her sister offered to step in and her write a book about Zachariah.”I’m like, ‘Oh, no, no, no, no. Nobody’s telling Zack’s story but me,"” she said. “I do want parents to know…we need to talk about teenage suicide.””And we need to start having open conversations as painful as they are,” she added. “Because it’s epidemic.”If you are in crisis, please call the National Suicide Prevention Lifeline at 1-800-273-TALK (8255) or contact the Crisis Text Line by texting TALK to 741-741.