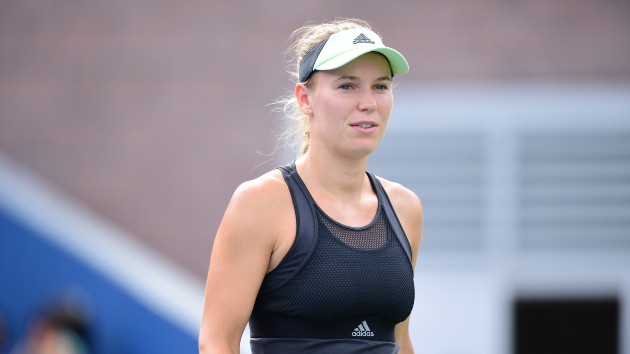 (NEW YORK) — After nearly 15 years as a professional tennis player, Caroline Wozniacki is retiring from the sport. “I’m ready to move on to the next chapter in my life,” Wozniacki, 29, said Friday on ABC News’ Good Morning America. “Australian Open 2020 is going to be my last tournament.”Wozniacki, currently ranked number 37 in the world, won her lone Grand Slam title at the 2018 Australian Open, defeating top seed Simona Halep.After turning pro in 2005, Wozniacki went on to win 30 Women’s Tennis Association singles titles and was the runner-up at the 2009 US Open and the 2010 WTA Tour Championships.Wozniacki has also faced good friend Serena Williams numerous times, including at the 2014 US Open, where she lost to Williams in the final. She and Williams also attended each other’s weddings, with Williams serving as a bridesmaid in Wozniacki’s wedding earlier this year.Wozniacki married former NBA star Daniel Lee in June in Italy.In addition to being a newlywed, Wozniacki is also pursuing other interests off the tennis court, including studying at Harvard Business School.She said she also hopes to continue to be an advocate for people with rheumatoid arthritis (RA). Wozniacki revealed in 2018 that she had been diagnosed with RA, an autoimmune disease that causes swelling and pain in and around the joints, according to the Arthritis Foundation. Copyright © 2019, ABC Audio. All rights reserved.