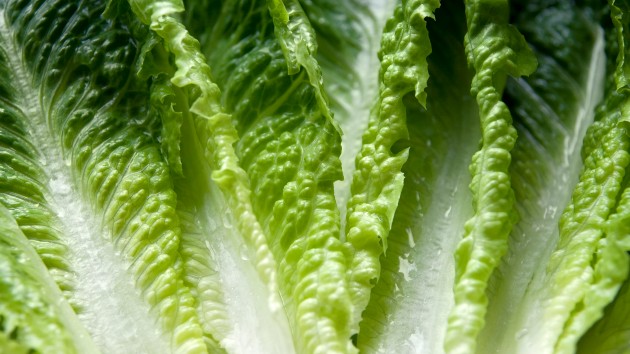 (WASHINGTON) — More than 100 people across the U.S. have been infected with E.coli linked to romaine lettuce, according to federal officials.The Food and Drug Administration, Centers for Disease Control and Prevention, and state health authorities say evidence indicates that romaine lettuce from the Salinas, California, growing region is “a likely source of this outbreak.”There have been 102 cases reported in 23 states, according to the CDC.”Consumers should not eat romaine lettuce harvested from Salinas, California. Additionally, consumers should not eat products identified in the recall announced by the USDA on November 21, 2019,” the FDA said in a press release.Of those who have been infected with the outbreak strain of E. coli, 58 have been hospitalized and 10 have developed hemolytic uremic syndrome, a type of kidney failure, the CDC said.There have been no reported deaths as a result of the outbreak.The warning included all types of romaine lettuce grown in the Salinas area, including whole heads of romaine, organic romaine, hearts of romaine and romaine in salad wraps.Consumers are advised if they have lettuce that was grown in Salinas to throw it away or return it to the place of purchase. Anyone ordering salad containing romaine at a restaurant or a salad bar should ask the staff if the lettuce came from Salinas, officials said.The public should also stay away from packages of pre-cut lettuce and salad mixes that contain any romaine, according to the CDC.Wisconsin has reported the most ill people, with a total of 31. Arizona, California, Colorado, Florida, Idaho, Iowa, Illinois, Maryland, Michigan, Minnesota, Montana, Nebraska, New Jersey, New Mexico, North Carolina, Ohio, Oregon, Pennsylvania, South Dakota, Texas, Virginia and Washington have also reported people infected.The CDC first issued an advisory last month after 67 people became ill.Most people infected with that strain of E. coli can experience diarrhea, which is often bloody, and vomiting. Many of those infected recover within a week, but, in rare cases, a person can develop a severe infection.Copyright © 2019, ABC Audio. All rights reserved.