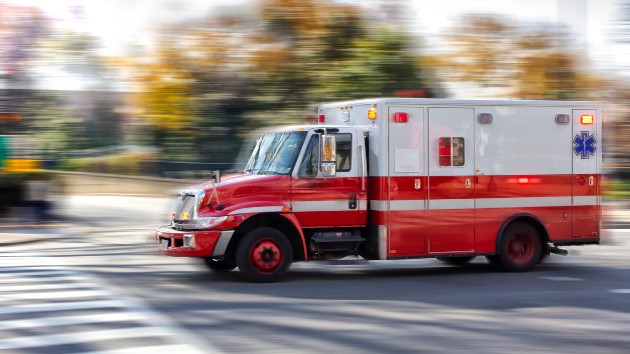 (BOSTON) — A Boston man was struck on the head with a snow shovel and slashed over the eye with a box cutter after allegedly enduring anti-gay slurs from the man who attacked him.Officers received a call at around noon on Tuesday that a suspected hate crime was in progress in Boston’s Lower Roxbury neighborhood.According to police, the 25-year-old victim was walking down the street when the suspect began hurling anti-gay slurs at him before he launched the physical attack.When officers arrived they discovered the man bleeding heavily from an apparent head wound.“Officers rendered first aid to the victim until Boston EMS arrived on scene and transported the victim to a local area hospital with non-life-threatening injuries,” said a statement released by the Boston Police Department. “After further investigation, it was revealed to officers that the suspect struck the victim in the head with a snow shovel then pulled out a box-cutter and slashed the victim over his eye.”The suspect, later identified as 58-year-old Eddie Smith, fled on foot but was apprehended a short time later a few blocks north of where the attack took place. Authorities also located a box cutter and snow shovel.The victim, who wished to remain unnamed, allegedly told police that he has had previous encounters with the suspect and that Smith had subjected him to verbal abuse regarding his sexual orientation, according to Boston ABC affiliate WCVB-TV.Smith has been charged with assault and battery with a dangerous weapon and mayhem, and is expected to be arraigned in Roxbury District Court. Copyright © 2019, ABC Audio. All rights reserved.