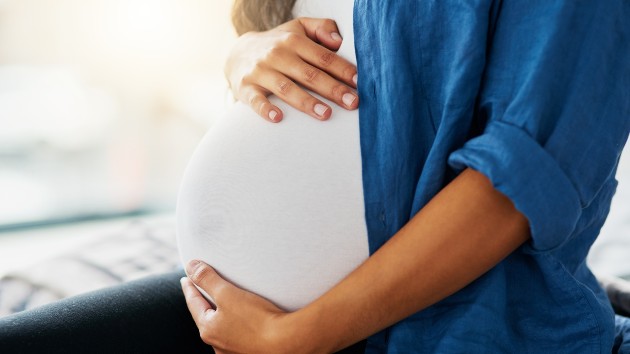 (NEW YORK) — The children of low-income mothers who benefit from the federal government’s Special Supplemental Nutrition Program for Women, Infants and Children are one-third less likely to die during their first year of life than babies born to mothers without WIC benefits, according to a new study.The study, published in the Journal of American Medicine, comes as many federal programs for low-income populations face increasing scrutiny.”All safety net programs are being scrutinized under a magnifying glass,” Dr. Samir Soneji, one the study’s authors, told ABC News. “There is a legitimate question as to the benefit of WIC.”The study analyzed the birth certificates of babies born to more than 11 million women between 2011 and 2017. Those certificates included data on a mother’s participation in WIC, which includes vouchers for foods rich in protein and iron, including dairy.”The study shows that WIC works,” said Soneji, adding that the U.S. still has one of the highest infant mortality rates in the world despite a robust economy.WIC, according to the program’s website, “provides federal grants to states for supplemental foods, health care referrals, and nutrition education for low-income pregnant, breastfeeding, and non-breastfeeding postpartum women, and to infants and children up to age five who are found to be at nutritional risk.”Dietitians who work with pregnant women said that the study is consistent with what they see in practice.”I’m not surprised,” said Liz Weinandy, lead outpatient dietitian at Ohio State University’s Wexner Medical Center.Weinandy, who counsels pregnant patients who receive WIC benefits, noted that sometimes pregnant women are unaware of needing more iron and other nutrients during pregnancy.”WIC has a profound impact on patients,” she added.Even public policy organizations that have been critical of other similar programs, such as the Supplemental Nutrition Assistance Program, which saw additional restrictions enacted this week, said they supported results of the WIC study.”This is generally a good study and is suggestive of the positive benefits of WIC,” Angela Rachidi, a research fellow at the American Enterprise Institute. “I do think WIC enjoys bipartisan support, it has integrity. Public money from WIC is being spent on nutritious food, and the food bought with SNAP isn’t always considered healthy.”According to data from the U.S. Department of Agriculture, which administers the WIC program, more than 6 million Americans receive monthly benefits, with more than 3 million of those being children and 1 million being infants. Copyright © 2019, ABC Audio. All rights reserved.

Report: Scarlett Johansson producing ‘Tower of Terror’ film for Disney
Rudy Giuliani suspended from practice of law in New York
Jennifer Aniston says she’s “in a really peaceful place”
Don Cheadle shares “the fun” in being a part of Steven Soderbergh’s twisty noir crime drama ‘No Sudden Move’
CDC extends eviction moratorium to July 31
Officer in critical condition after being shot in the head, manhunt on for suspect