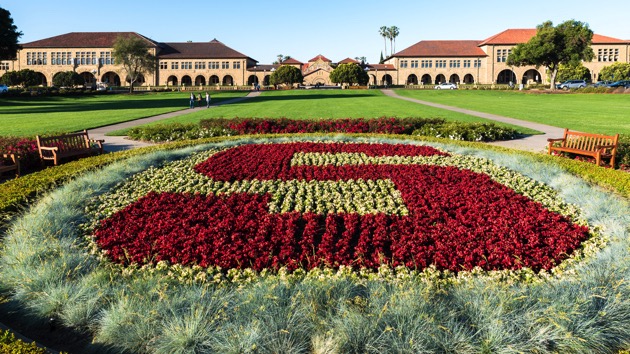 (STANFORD, Calif.) — An external investigation commissioned by Stanford University found that the ringleader of the nationwide “Operation Varsity Blues” college admission scam tried to lure seven of the Northern California school’s coaches into the scheme, but only one took the bait.In a letter to the Stanford community, university President Marc Tessier-Lavigne said the investigation by a private law firm found that fraudulent actions in the school’s athletic admissions were limited to its former head sailing coach, John Vandemoer, who has pleaded guilty to his role in the scandal.”We commissioned this review to identify any fraudulent actions in athletic admissions that had not already been identified at Stanford and to strengthen our internal controls in order to assure the integrity of our systems at the intersection of admissions and athletics,” Tessier-Lavigne wrote in the letter.He said the probe, by the New York law firm Simpson Thacher & Bartlett LLP, found that William “Rick” Singer, the college admissions consultant who mastermind the years-long scam, contributed $770,000 to the university, most of it to the sailing program.Tessier-Lavigne said the money will be redistributed to organizations helping financially strapped high school students prepare for college admission.Federal prosecutors announced in March that 50 wealthy people, including Hollywood actresses Felicity Huffman and Lori Loughlin and a slew of chief executives, were charged in the largest college cheating scam ever prosecuted by the U.S. Department of Justice.Those indicted in the investigation allegedly paid bribes of up to $6.5 million to Singer to get their children into elite colleges, including Stanford, Yale, Princeton, Georgetown and the University of Southern California, federal prosecutors said.Singer, who owned a college counseling service called Key Worldwide Foundation and a company called Edge College & Career Network, accepted bribes totaling $25 million from parents between 2011 and 2018 “to guarantee their children’s admission to elite schools,” federal prosecutors said.Prosecutors said Singer bribed several coaches at multiple universities into helping him get students from wealthy families into their schools by saying they were recruits for sports teams despite most having never participated in organized athletics in high school.Singer pleaded guilty in a Boston federal court in March to charges of racketeering conspiracy, money laundering conspiracy, conspiracy to defraud the United States and obstruction of justice. He has yet to be sentenced.”Singer directly or indirectly approached seven Stanford coaches about potential recruits between 2009 and 2019,” Tessier-Lavigne said in his letter. “The review found no evidence that any employee of Stanford Athletics other than the former head sailing coach agreed to support a Singer client in exchange for a financial consideration.”Vandemoer, 42, pleaded guilty to conspiracy to commit racketeering. He was sentenced in June in Boston federal court to six months of home detention and two years of supervised release. He also was ordered to pay a $10,000 fine.Tessier-Lavigne said the law firm that conducted the external probe for the university interviewed more than 55 people and reviewed more than 35,000 records.The two students for whom Vandemoer accepted bribes were never admitted to Stanford.The university also rescinded the admission of another student caught up in the scam who included false information on an admission application, Tessier-Lavigne said. That student was not associated with Vandemoer’s case.In addition to conducting the external probe for Stanford, the law firm recommended several steps the university could take to fortify its admissions process against fraud.Among the recommendations were:• Adopt a formal written policy codifying the school’s approach to donations and athletic recruits• Require the school’s development officers to independently verify the source and purpose of donations to the athletic department• Require coaches to flag to the admissions and office of development athletic recruits associated with third-party recruiters or consultantsOther recommendations include enhancing training for coaches on the school’s fundraising process and clarifying that fundraising results are not considered part of a coach’s performance evaluation.”Stanford embraces these recommendations and will be moving swiftly to implement them,” Tessier-Lavigne said. “Taken together, these steps provide for clearer policies, more training, fuller communication and stronger vetting that will serve as a bulwark against fraudulent efforts in the future.”Copyright © 2019, ABC Audio. All rights reserved.

Younger people more likely to believe COVID-19 misinformation, Harvard survey finds
President Trump declines to commit to peaceful transfer of power
Mark Wahlberg’s company donates over one million masks to US schools
Liv Tyler not returning to ‘9-1-1: Lonestar’ due to COVID-19 concerns
Trump argues his nominee needed on Supreme Court in time to vote on election legal challenges
CDC director, despite Trump criticism, sticks to timeline that most Americans to get vaccine by summer 2021