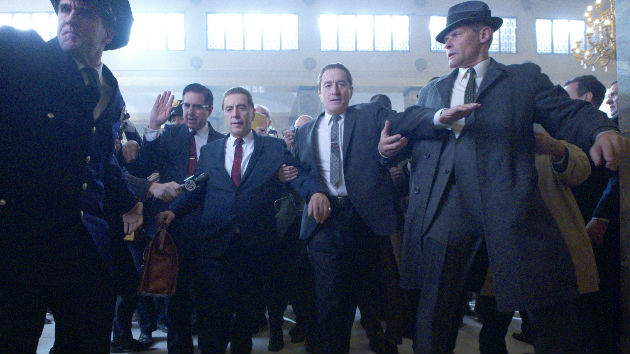 (NEW YORK) — The winners of the New York Film Critics Circle were announced Wednesday, and Martin Scorsese’s crime epic The Irishman took the top prize. His Goodfellas Oscar winner Joe Pesci earned the Best Supporting Actor honor for his work in the film, which is now on Netflix.

The New York City-born Scorsese missed out on the Best Director prize, however; that honor was shared by Josh and Benny Safdie for their gritty Adam Sandler film Uncut Gems.

Other winners included Oscar winner Lupita Nyong’o as Best Actress for her work in Jordan Peele’s creepy film Us and Antonio Banderas who snagged the Best Actor trophy for the drama Pain and Glory.

Quentin Tarantino’s Once Upon a Time in Hollywood earned the Pulp Fiction Oscar winner the organization’s Best Screenplay award.

The awards will be handed out at the organization’s 85th ceremony on Jan. 7.