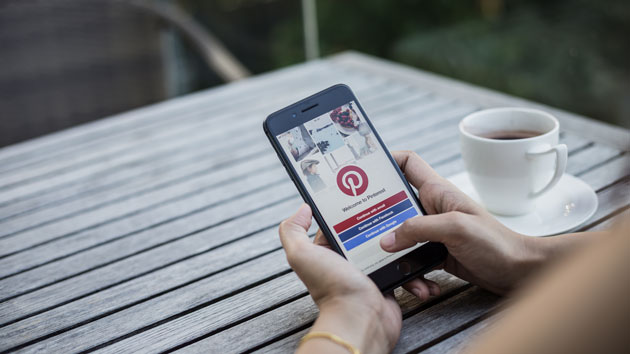 (NEW YORK) — The popular wedding-planning sites Pinterest and The Knot announced they are no longer promoting content for “plantation”-style weddings.”Weddings should be a symbol of love and unity. Plantations represent none of those things,” a Pinterest spokesperson told ABC News in a statement Wednesday.”We are grateful to Color of Change for bringing attention to this disrespectful practice,” the statement added, referencing a California-based racial justice advocacy organization.The company said it’s “working to limit the distribution of this content and accounts across our platform, and continue to not accept advertisements for them.”Celebrities including Blake Lively have tied the knot at “plantation” venues, which are popular in the South. The wedding trend has been widely slammed for romanticizing the horrific history of slavery in the U.S.”The wedding industry, in the past couple of decades, has made millions of dollars in profit by promoting plantations as romantic places to marry,” Jade Magnus Ogunnaike, interim senior campaign director at Color of Change, told ABC News’ “Start Here” podcast. “Unfortunately, this denies the actual reality.”She went on to say that “plantations were spaces where black people were harmed, raped, beaten and forced to work. They’re not romantic places to get married.”Ogunnaike said that oftentimes, the plantations are marketed in a way that glosses over the plantations’ dark past, describing them as historic sites, for example.”We asked ourselves, ‘What is some of the language that people are using to describe these plantation venues? … Some of it might be this plantation is a historic site with a traditional charm and romance of its rich past or an enchanting place that [ends up being] a historic plantation,” she told “Start Here.” “They might know certain buildings were built in the…1700s by large, land-owning families without also naming that these families also owned human beings.”Beacause of these marketing tactics, Pinterest told ABC News it will limit the distribution of “plantation weddings” content by changing its site’s autocomplete, search recommendations, email notifications and SEO. If people search for this content, an advisory will indicate that some results may violate its policies.Moreover, Pinterest said it won’t accept ads for these venues and has taken action so that ads won’t appear in search results.The Knot Worldwide told ABC News in a statement that it’s also working with Color of Change to update its guidelines.”Color of Change brought an issue to light about the way venues with a history of slavery describe their properties to couples,” the company said. “We’re currently working with Color of Change to create additions to our current content guidelines that will ensure all couples feel welcomed and respected on our sites.”The new guidelines “will prohibit any vendors on The Knot or WeddingWire from using language that romanticizes or glorifies a history that includes slavery,” the company’s statement said. “We will remove any vendors from our sites that do not comply. By creating these guidelines, we are providing a respectful experience for all couples, wedding professionals, and employees.”Although the ideal outcome would be that no one marries on plantations, Ogunnaike said their focus is really on keeping the advertising honest.”What we’re focusing on is the plantation should not be able to advertise their rich history and tradition, which involved the enslavement of black people, as a marketing tool,” she said. “If we were also honest about the fact that [the original owners] also purchased human beings and that…hundreds…or thousands of slaves were beaten and hurt and raped, would people want to still get married in that space? That is what we’re able to change; the guidelines in a way that these are being descriptive in popular culture.”Copyright © 2019, ABC Audio. All rights reserved.