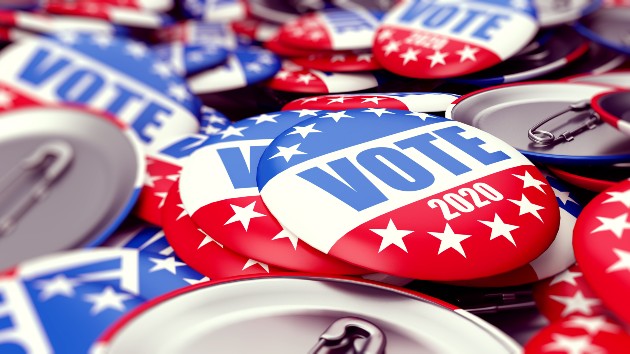 (MARION, Iowa) — For nearly 11 months, 2020 presidential candidate Elizabeth Warren has conducted most of her campaign events in a similar style: she introduces herself to the crowd with a speech that lasts about 45 minutes, she takes about three questions from the crowd and then she stays as long as it takes to get through the “selfie line” of supporters. But on Sunday night, with 64 days until the Iowa caucuses, Warren’s campaign switched it up — an attempt to offer a more personable pit stop on the campaign trail on the heels of the candidate’s recent dip in the polls — and the result was, indeed, unique. Warren spoke for just under 10 minutes at the start of the Marion, Iowa, event and had transitioned to taking question after question from the crowd when a 17-year-old high school student with a short blonde haircut — similar to the presidential candidate’ — took the microphone. “I was wondering if there was ever a time in your life where somebody you really looked up to maybe didn’t accept you as much,” she said, her voice cracking as she began to cry. “And how you dealt with that?” It was a question that Raelyn, who asked that only her first name be used to protect her privacy, had come up with on the drive from her home in nearby Cedar Rapids. As a member of the LGBTQ community, Raelyn told ABC News that conversations with family around Thanksgiving time gave rise to the idea. After a brief silence in the high school gymnasium, Warren responded with a similarly emotional disclosure of family hardship. “Yeah,” Warren said, pausing. “My mother and I had very different views of how to build a future,” she said with a strained voice. “She wanted me to marry well, and I really tried, and it just didn’t work out. And there came a day when I had to call her and say, this is over. I can’t make it work. And I heard the disappointment in her voice. I knew how she felt about it,” Warren said, at times losing her voice to tears. “But I also knew it was the right thing to do.” Warren, who divorced from her first husband at 22, has been open about her rocky relationship with her mother when she was young. In her 2017 book, she wrote about an argument over Warren’s chances at college that became so heated her mother slapped her across the face. “And sometimes you just gotta do what’s right inside and hope that maybe the rest of the world will come around to it. And maybe they will and maybe they won’t, but the truth is, you gotta take care of yourself first,” Warren told Raelyn on Sunday night. “Give me a hug.” Warren and Raelyn, still crying, embraced.Later, in the line to take a photo with the candidate, Raelyn told Warren she planned to be a precinct captain for her campaign during the upcoming Iowa caucuses. The 2020 election, Raelyn told ABC News in an interview after the event, will be the first election she’s old enough to vote in. Raelyn, who attended the rally on her own, said she first saw Warren speak in September.“What got me involved with her was her care for the LGBTQ community. And it’s been a struggle with that, with people close to me. And I just — she’s just, she gives me hope, which is not something that I’ve really had with other politicians, and I’ve followed politics for a while,” she said. Raelyn cited a part of Warren’s stump speech she repeats often on the campaign trail: that people should have the opportunity to “love who you love and build the family you want to build.” Raelyn said she’s also followed the campaigns of South Bend, Indiana, Mayor Pete Buttigieg, the first openly gay Democratic presidential candidate, and Sen. Bernie Sanders, the progressive candidate from Vermont.As for Warren, she said she’s drawn to what she sees as authenticity. And, she said, she likes Warren’s idea of a wealth tax, which would impose a 2% tax on Americans with a net worth of more than $50 million and a 6% tax on Americans with a net worth of over $1 billion. “I just think she actually cares about the people that she talks about. I know everybody always says, oh, they’re just politicians. They’re just saying things to get your vote, but I don’t think it’s like that with her. I think she actually genuinely cares about what she’s saying,” Raelyn said, standing a few feet from Warren after getting her turn in the signature “selfie line.”