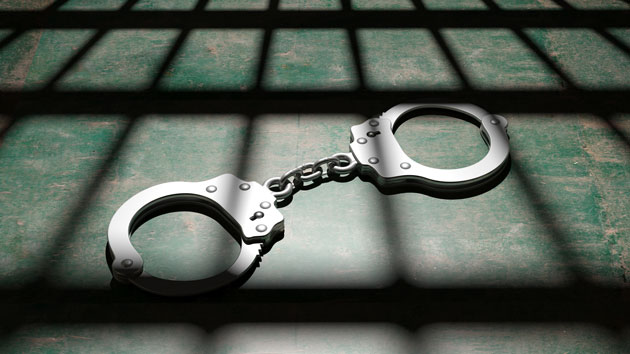 (MINEOLA, N.Y.) — A Long Island man has been arrested after several mutilated dead cats were discovered wrapped in duct tape in the trash chute of the building where he lives.Justin Visconti, 37, of Mineola, New York has been charged with 4 counts of aggravated animal cruelty after an undisclosed number of dead kittens and cats were found wrapped in duct tape, cardboard boxes and bedsheets at the Porter Regency building in Nassau County, according to ABC News’ New York station WABC.”These cats were badly mutilated, these cats were tortured by some means,” said Jed Painter with the Nassau DA Animal Crimes Unit. “We had multiple broken bones. In fact, one of the animals, pretty much every single bone in the body was broken.”The animals did not belong to Visconti, according to authorities and investigators determined that all of the kittens and cats died by blunt force trauma. It is not known where Visconti got the cats from.The cats were allegedly found by the building’s porter who made the gruesome discoveries over several weeks but didn’t tell anybody the first couple of times they saw the dead animals.Visconti was already on probation for a number of prior arrests on charges of grand larceny, stalking and aggravated harassment. “You can look at Jeffrey Dahmer, the Son of Sam, the Columbine shooters – they all started with small animals, moved up to larger animals and then to people,” Detective Gary Rogers of the Nassau County SPCA told WABC.Visconti’s cash bail on these latest felonies was set at $20,000.”This person needs help. That’s terrible that something so innocent that doesn’t understand what’s happening to do that, that’s the worst thing I can think of,” neighbor and cat owner Alex Aronowicz said.Copyright © 2019, ABC Audio. All rights reserved.

Idris Elba, Angela Bassett and others to help launch new opportunities for diverse first-time filmmakers
Mary Trump alleges in lawsuit her family ‘fleeced’ her out of millions of dollars
Protesters hit by vehicles at Breonna Taylor demonstrations in Buffalo, Denver
Breonna Taylor protests in Louisville: Two officers shot will recover, over 100 demonstrators arrested
How much black licorice is too much and why a sweetening compound can be bad for adults
Illinois Facebook users tagged in photos can now submit claims as part of $650 million settlement