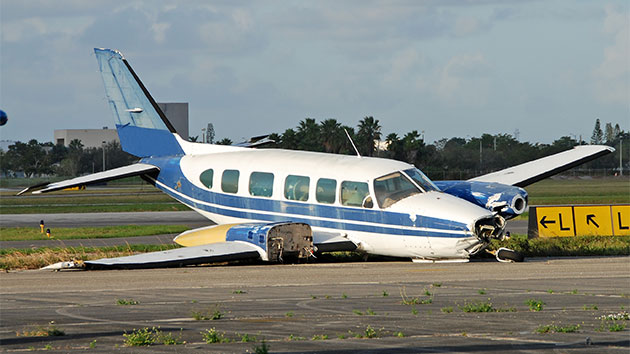 (CHAMBERLAIN, S.D.) — Nine people died on Saturday afternoon when an Idaho-bound Pilatus PC-12 crashed shortly after takeoff in South Dakota.Two children and the pilot were among those killed, Theresa Maule Rossow, the state’s attorney for Brule County, confirmed to ABC News. Three survivors were rushed to a medical facility in Sioux Falls.”The men and women of law enforcement, first responders and medical professionals should be commended in their heroic actions to rescue the victims in extreme weather conditions,” she added. The plane had embarked shortly before noon from Chamberlain, South Dakota, and crashed about a mile southwest of there, according to the Federal Aviation Administration.FAA investigators are traveling to the site, and the National Transportation Safety Board has been notified. The NTSB will manage the investigation. Copyright © 2019, ABC Audio. All rights reserved.