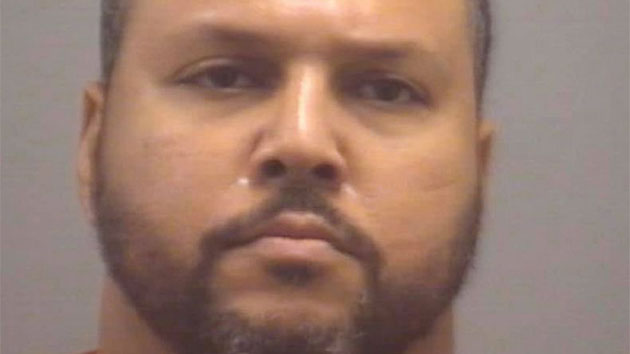 (NEW YORK) —  A Texas family was left devastated on Thanksgiving night when a husband repeatedly shot and killed his wife, police said.The League City Police Department was called to the 2300 block of Indigo Harbour Lane, where “multiple gunshots” were fired. When their criminal investigation division arrived, Dudley Bernard was in the front yard of the home and his wife, Chauntelle Bernard was dead at the front door, according to a statement Friday by the League City Police Department.Bernard was charged by the Galveston County District Attorney’s Office with murder and is currently held in jail on $200,000 bond, online records confirmed.The 42-year-old woman and her 40-year-old husband were both employed with the United States Customs and Border Protection (CBP).The couple were both employed with the government agency since 2008, according to a CBP spokeswoman.Dudley Bernard was an Agriculture Specialist and oversaw the Houston Seaport environment. Chauntelle Bernard rose through the ranks to become a supervisor CBP officer in Houston, Texas.”No words can express the sense of loss SCBPO Bernard’s death brings to her colleagues and friends in CBP,” the spokeswoman wrote in a statement.While it’s unclear if either of their positions requires them to be armed, a source told ABC News that CBP officers and their supervisors are armed federal law enforcement officials. Copyright © 2019, ABC Audio. All rights reserved.