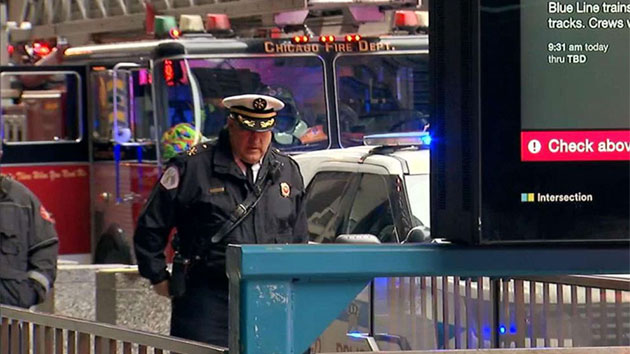 (CHICAGO) — A 28-year-old woman was hit by a train Friday after she accidentally fell onto train tracks, officials said.The woman, who was not identified, was talking on her cellphone when she walked backwards onto the tracks in front of a Blue Line train around 9:25 a.m., according to a Chicago police spokesperson.She was found partially under the train, the spokesperson said.Bystanders who witnessed the incident told emergency responders that the train hit her, according to the Chicago Fire Department. It wasn’t clear exactly, however, how hard she was hit.Officials did not say what the woman’s injuries were, but she was taken to Northwestern Memorial Hospital for treatment.Her condition was not immediately clear.Copyright © 2019, ABC Audio. All rights reserved.