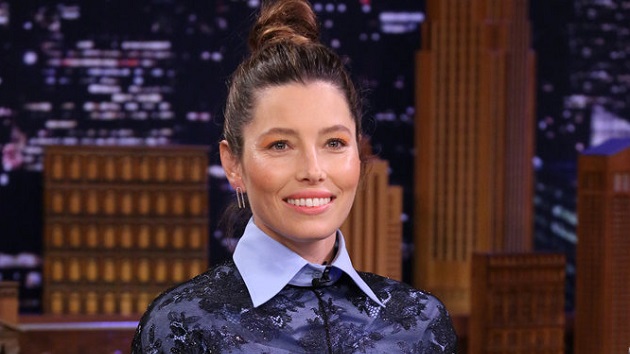 (LOS ANGELES) — If anyone thought trouble was in paradise for Jessica Biel and Justin Timberlake, think again.  Following some shocking cheating rumors, Biel seemingly shrugged them off by proudly wearing her wedding ring while out in public.

E! News reports that paparazzi caught the Limetown actress out and about on Monday, her first public sighting since photos surfaced of her husband holding hands with actress Alisha Wainwright.

Jessica remained positive and smile to the cameras as she ran errands around Los Angeles.

So, fans afraid the power couple was heading toward splitsville can heave a sigh of relief.  Sources tell E! that their marriage is going strong.

One insider previously told E! that, “Their marriage will survive. He feels guilty and will make it up to her” and that they’re “going to move on from this.”

Other sources for Wainwright and Timberlake assert that their interaction was completely innocent and that they’re “just friends.”   The two are currently co-starring in the upcoming film Palmer and are still shooting scenes together.

“They are just working together. No validity to any other rumor other than that they are filming together,” The source adds, noting that the pair was out celebrating with fellow cast and crew members at the time of the infamous hand-holding incident.