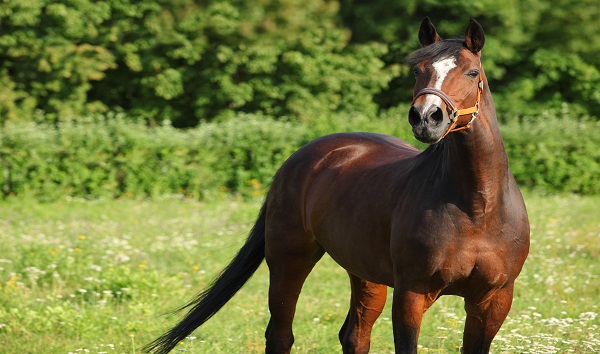 (GRAND LAKE, Colo.) — Two people in Colorado have been charged with animal cruelty after a video of them allegedly dragging a horse behind a pickup truck went viral.John Saldate, 59, and Amber Saldate, 33, of Grand Lake, Colorado were charged with the class one misdemeanor under Colorado law after a disturbing video was posted on social media over the weekend of a horse that was attached to a pickup truck forcibly being dragged across a snowy road by its headgear.“The sheriff’s office immediately began an investigation into this incident which is still ongoing,” said Sheriff Brett Schroetlin during a press conference on Monday. “Deputies accompanied a local veterinarian to assess the horse seen in this video. The veterinarian noted no obvious trauma. However, the vet did note that the horse was tender and administered pain medications.”In the video, the horse can be seen bracing itself from being dragged and thrashing its head and legs around while trying to resist after being dragged for an estimated 100 yards or so.“Our phone lines and email accounts are getting covered up with inquiries from people interested in the case. Because these events are now the subject of an active prosecution, our ethical obligations prohibit us from discussing it, but interested persons can attend the public court proceedings if they choose,” said District Attorney Matt Karzen.“We have received countless social media contacts, emails phone calls, I can’t even begin to put a number on how many there were,” Schroetlin said at the news conference. “It’s caused much public concern.”John and Amber Saldate are scheduled to appear in County Court in Hot Sulfur Springs, Colorado in late January. The horse has since been seized by law enforcement and is now safe. Copyright © 2019, ABC Radio. All rights reserved.

Trump plans to leave in dramatic fashion yet continues to stay out of sight
Capitol rioter who allegedly posted ‘Outside Pelosi’s office’ to Instagram arrested
Coronavirus live updates: California calls for pausing use of Moderna vaccine lot
‘WandaVision’ star Paul Bettany on his father’s struggle to come out of the closet
In scathing draft of letter never made public, Trump chided James Comey for ‘erratic,’ ‘self-indulgent’ conduct
Two cell phones stolen and found in Jefferson County