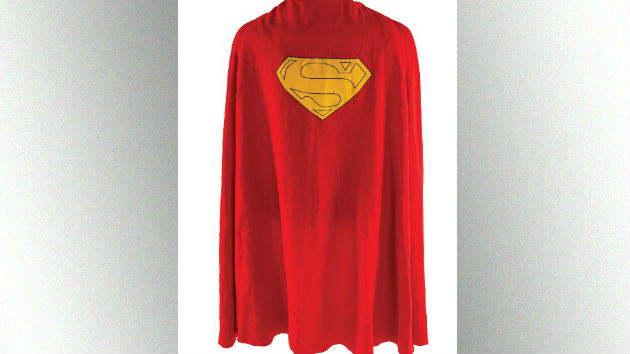 (LOS ANGELES) — Some priceless pieces of Hollywood memorabilia are about to hit the auction block.

Julien’s Auctions is putting up for grabs items that include the pipe Sir Ian Holm smoked as Bilbo Baggins in  Lord of the Rings: The Fellowship of the Ring, a screen-used Superman cape worn by Christopher Reeve, and William Shatner’s Captain Kirk Starfleet Command jacket from Star Trek II: The Wrath of Khan.

The treasures, and many others, are part of the famed auction house’s Icons & Idols: Hollywood event.

Reeve’s cape, one of just a “few costume artifacts that can be positively attributed to the first film of the series and worn on screen by Reeve,” is estimated to sell for $100,000-$200,000.

The collection runs the gamut from Steve McQueen’s 1968 Husky Viking motorcycle, to Star Trek models, to costumes like Dan Akyroyd’s original Ghostbusters jumpsuit, which is expected to fetch as much as $40,000.

A Hugh Hefner-signed copy of the premiere issue of Playboy, featuring Marilyn Monroe on the cover, is estimated to fetch anywhere from $10,000-$15,000.

The auction kicks off December 16th at 10:00 a.m. PT, with bids taken at the auction house’s Beverly Hills location, online, or via phone.

Even if you can’t bid, the treasures will be up for public viewing Saturday, December 14th, 2019 and Sunday, December 15th.  Or at minimum, you can buy a catalog of all of the items for sale for $75.