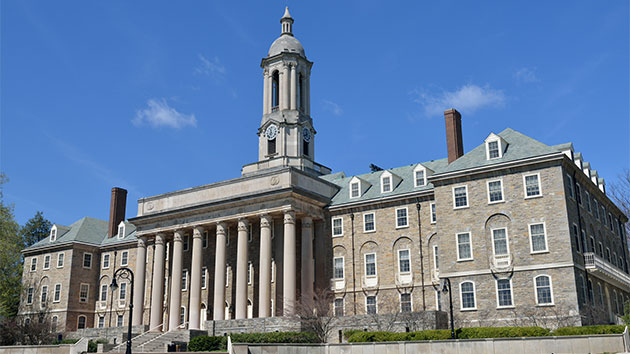 (STATE COLLEGE, Pa.) — A high school student’s death at a Penn State off-campus frat party has been ruled accidental, according to the Pennsylvania Centre County Coroner’s Office.John “Jack” Schoenig, 17, died on Oct. 19 after inhaling nitrous oxide from a whippet, which is a container from a whipped cream dispenser filled with nitrous oxide. He was visiting friends at State College, Pennsylvania.Using inhalants like whippets can cause “sudden sniffing death” from “suffocation or asphyxiation,” according to the U.S. Drug Enforcement Agency.No alcohol was found in Schoenig’s system, Chief Deputy Coroner Judith Pleskonko told ABC News. “This was an accidental death,” she said.The State College Police Department said it responded to a report of an unconscious 17-year-old male around 9:30 p.m. on Oct. 19. Upon arrival, Schoenig was in full cardiac arrest. Resuscitation efforts were unsuccessful and he was pronounced dead at the scene, according to authorities.Shortly after his death, the university suspended two frats.”Penn State offers deepest sympathies to the family and friends of this young man,” the school said in an October statement. “State College Police and the University’s Office of Student Conduct are investigating. However, Penn State has issued an interim suspension of the Alpha Delta Chapter of Chi Phi fraternity, a member of the Interfraternity Council, until more information is known.”Schoenig was a student at Cathedral Preparatory School in Erie, Pennsylvania. The school and its high school hockey team hosted a tribute to Schoenig on Oct. 29, with all proceeds going toward the Jack Schoenig “True Grit” Scholarship Fund.”Please pray for the Prep-Villa community as we mourn the passing of our brother, John ‘Jack’ Schoenig ’20,” the school said in a statement after his death. “We ask that you please keep Jack’s family & friends in your prayers during this difficult time.”Copyright © 2019, ABC Audio. All rights reserved.