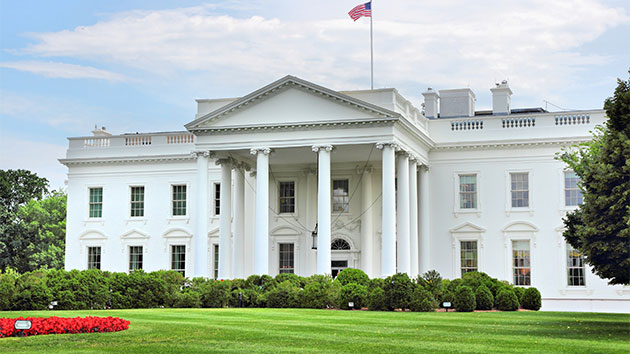 (WASHINGTON) — Former White House Counsel Donald McGahn must comply with a Congressional subpoena, a federal judge in Washington ruled Monday.The ruling came in a case brought by the House Judiciary Committee in August in an effort to enforce its subpoena demanding McGahn’s congressional testimony about events relating former special counsel Robert Mueller’s investigation after President Donald Trump directed him not to comply.”This court holds that individuals who have been subpoenaed for testimony by an authorized committee of Congress must appear for testimony in response to that subpoena—i.e., they cannot ignore or defy congressional compulsory process, by order of the President or otherwise,” Judge Kentanji Brown wrote in her ruling. “Notably, however, in the context of that appearance, such individuals are free to assert any legally applicable privilege in response to the questions asked of them, where appropriate.”.

In a statement issued following the release of the judge’s decision, House Judiciary Committee Chairman Jerrold Nadler said he now expects McGahn to “follow his legal obligations” and appear before the committee.”Don McGahn is a central witness to allegations that President Trump obstructed Special Counsel Mueller’s investigation, and the Administration’s claim that officials can claim ‘absolute immunity’ from Congressional subpoenas has no basis in law, as the court recognized today,” Nadler said in the statement.

White House counsel Pat Cipollone has said, “McGahn is absolutely immune from compelled congressional testimony with respect to matters occurring during his service as a senior adviser to the president,” citing previous opinions from the Department of Justice Office of Legal Counsel, along with OLC guidance that said McGahn specifically is “absolutely immune” from providing such testimony.McGahn’s lawyer, William Burck, previously wrote to House Judiciary Committee Chairman Rep. Jerrold Nadler that McGahn “remains obligated to maintain the status quo and respect the president’s instructions.”Attorneys for the House wrote in their August complaint that the “absolute immunity” claim has “no grounding in the Constitution, any statues or case law,” and say the president cited “no legal authority” for McGahn — who is a private citizen — to defy a congressional subpoena.In its August lawsuit, the Judiciary Committee wrote that McGahn is a critical witness to determining whether articles of impeachment are necessary.”The Judiciary Committee is now determining whether to recommend articles of impeachment against the President based on the obstructive conduct described by the Special Counsel,” the filing said. “But it cannot fulfill this most solemn constitutional responsibility without hearing testimony from a crucial witness to these events: former White House Counsel Donald G. McGahn II.”A lawyer for McGahn, William Burck, said, “Don McGahn will comply with Judge Jackson’s decision unless it is stayed pending appeal. DOJ is handling this case, so you will need to ask them whether they intend to seek a stay.”

Shortly after the judge issued her decision on Monday, Justice Department spokesperson Kerri Kupec told ABC News that the department plans to appeal the court’s ruling and seek a stay pending the appeal.Mueller had requested to speak with McGahn about the circumstances surrounding former FBI Director James Comey’s firing and his reported involvement in the events surrounding former Attorney General Jeff Sessions’ recusal from the Russia investigation. McGahn, a key witness in Mueller’s probe, spent more than 30 hours talking with investigators. Democrats have also been privately discussing multiple articles of impeachment, and have weighed an obstruction of justice charge centered on the president’s efforts to obstruct Mueller’s investigation.While the Department of Justice has turned over summaries of interviews with some Mueller witnesses to the House Judiciary committee as part of an agreement reached by the committee and the DOJ, notes from McGahn’s interview have not yet been turned over, according to a court filing submitted by the Justice Department last month.Executive branch claims of “absolute immunity” are also being considered in a separate case moving in the D.C. District Court, related to testimony from individuals called before Congress as part of the impeachment probe.That case, brought by former deputy national security adviser Charles Kupperman, asks a judge to decide whether he must provide testimony to Congress despite instruction from the White House not to comply with the request. Kupperman’s attorney also represents former national security adviser John Bolton. That attorney, Chuck Cooper, told ABC news that Bolton will not testify without being subpoenaed.Trump’s legal team wrote in a motion to dismiss the Kupperman case earlier this month that the Office of Legal Counsel had concluded that Kupperman had qualified as a senior adviser and, as such, “was absolutely immune from compelled testimony before Congress regarding his officials duties.”Copyright © 2019, ABC Audio. All rights reserved.