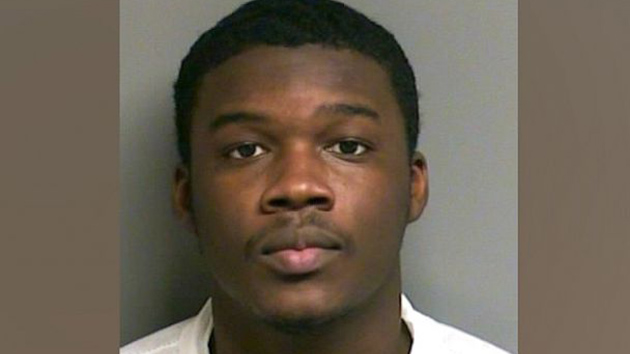 (DETROIT) — In her last moments of life, a Michigan woman made a harrowing cellphone video of her boyfriend allegedly threatening her and showing her the bullet he used to kill her, a prosecutor said.India Mackey was fatally shot in the domestic violence incident just one day after she celebrated her 20th birthday.”Everything about this case is just awful and this, certainly, just adds to it,” McComb County Prosecutor Eric Smith said of the disturbing video Mackey made just before she was killed.Mackey’s boyfriend Kevin Dixon, 18, was arrested and charged with first-degree murder, carrying a concealed weapon and felony firearms charges.Dixon’s mother was also arrested and charged with being an accessory after the fact and tampering with evidence after her son called her and allegedly told her to get rid of the murder weapon, Smith told ABC affiliate station WXYZ-TV in Detroit.The shooting occurred about 5:30 p.m. on Tuesday in the Detroit suburb of Warren as Mackey and Dixon sat in a parked van arguing outside Dixon’s home, according to Warren Police Department.

Menacing moments police say, 20 year old India Mackey took on her cellphone. It was mere minutes before investigators say her boyfriend, shot and killed her. More on this case and the alarming number of #DomesticViolence homicides in Macomb County. Today on @wxyzdetroit at 5pm pic.twitter.com/840mVRYpia

— Andrea Isom (@AndreaIsomWXYZ) November 22, 2019 The victim pulled out her cellphone and began recording Dixon in the passenger seat with a handgun in his lap, loading a clip and showing her the bullet he threatened to shoot her with, authorities said.”You think I’m playing, huh?” Dixon is heard saying in the video released by the prosecutor’s office.Mackey replied, “OK,” according to the video.In the footage, Dixon is seen wiping his fingerprints off a bullet he loaded into the clip and saying, “these big four-five hollow tips gonna eat you up.”Smith said that shortly after threatening Mackey, Dixon allegedly made good on his promise and shot her to death, Smith said.”This video is being taken by a woman who’s going to be killed in moments is unbelievable to me,” Smith said. “The last thing her family has of her is the video where she is pointing a camera at the man who is going to kill her.”After Mackey was killed, Dixon allegedly moved her body from the driver’s seat to the passenger seat and sped off, Smith said.Dixon was arrested a short time later when police in the nearby town of Eastpointe, Michigan, spotted the van driving erratically and pulled the vehicle over, Smith said. Mackey was discovered dead in the passenger seat, he said.After being arrested, Dixon allegedly used Mackey’s phone to call his mother and ask her to help him get rid of the murder weapon, Smith said.Dixon’s mother, Nikita Dixon, 42, was arrested when she showed up at his arraignment on Thursday. She was being held in jail on Sunday on $100,000 bail, according to McComb County Sheriff’s Department records.During his court appearance via video, Dixon asked a judge to release him, saying he was about to start a new job.The judge denied Dixon’s request and ordered him to be held without bail.It was not clear if Dixon has an attorney.Smith said Mackey’s death marked the sixth domestic violence killing in McComb County in the past two months.“Please, if you are facing an imminent violent situation, leave the situation immediately and call police,” Smith said in a statement. “Do not stay and record the incident. It could be the difference between life and death.”Copyright © 2019, ABC Radio. All rights reserved.

President Trump says he approved TikTok deal with Walmart, Oracle in ‘concept’
Ruth Bader Ginsburg to be honored with statue in Brooklyn, her birthplace: Cuomo
DHS whistleblower may not appear before Congress next week, lawyer says
Chrissy Teigen reveals the sex of her unborn baby
Family of Pamela Turner see indictment of Texas officer who fatally shot her as ‘step closer’ to justice
Reward for wanted gunman who shot two LA sheriff’s deputies grows to nearly $300K