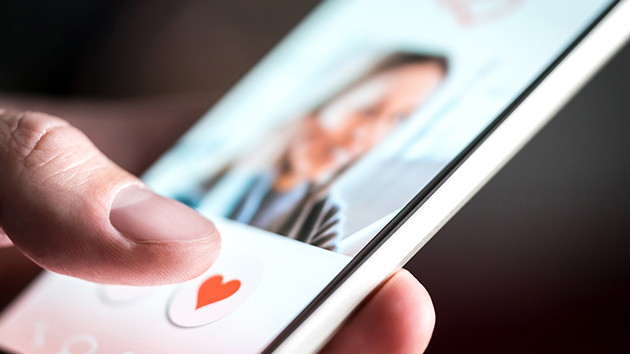 (PORTERVILLE, Calif) — A California man on a first date with a woman he met on an online dating app was robbed at gunpoint by her associates as their date concluded.The unidentified man arranged to meet Shalena Lopez, 31, at 2:00 a.m. on Thursday morning after meeting her on a dating application called “Meet Me” and go to a casino together for their first date, according to ABC News’ Fresno station KFSN.The two went to Eagle Mountain Casino in Porterville, California and were joined by Lopez’s alleged family member Mario Garcia, 39. The three of them then allegedly ran into another friend while at the casino, 27-year-old Cesar Cameron Domingo Jr., who then joined the group.On the drive home, however, the victim said he heard a gunshot before he realized that he was being held at gunpoint by one of the men in the car. He was then told to drive to a nearby ATM to withdraw money from his account and to handover all of the valuables that he had on him at the time.The victim then dropped the others off and was allowed to leave. Shortly after he alerted the Tulare County Police Department about what had happened.Police later arrested Lopez and Garcia who were booked into the South County Justice Center in Porterville. Domingo Jr. is still on the run from authoritiesCopyright © 2019, ABC Radio. All rights reserved.

Trump plans to leave in dramatic fashion yet continues to stay out of sight
Coronavirus live updates: California calls for pausing use of Moderna vaccine lot
At least 21 states activating National Guard troops in capitals to prepare for possible attacks
‘WandaVision’ star Paul Bettany on his father’s struggle to come out of the closet
In scathing draft of letter never made public, Trump chided James Comey for ‘erratic,’ ‘self-indulgent’ conduct
Giuliani says he won’t represent Trump at president’s impeachment trial