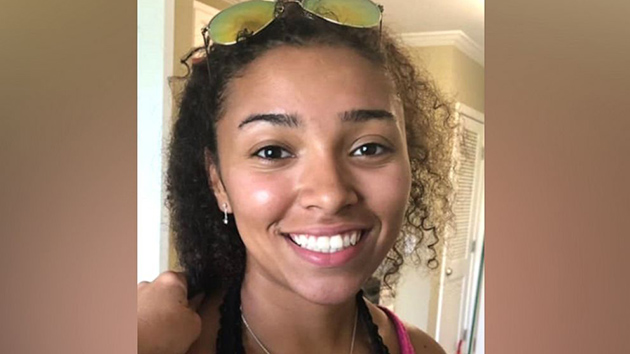 (WALT HARRIS, Ala.) — A second person has been arrested and charged in the disappearance of 19-year-old Aniah Blanchard, who has been missing for a month and is the stepdaughter of UFC heavyweight fighter Walt Harris, Alabama officials said.Antwain “Squirmy” Fisher, 35, was charged with first-degree kidnapping, Lee County District Attorney Brandon Hughes told ABC News on Saturday.Fisher was arrested Friday night by the Auburn Police Department and transported to Lee County Jail, according to Hughes.Hughes said he could not provide more details regarding the charge.Auburn’s chief of police, Paul Register, also confirmed that Fisher, of Montgomery, had been arrested.Blanchard, a student at Southern Union State Community College in Wadley, was last seen at a convenience store in Auburn, Alabama, on Oct. 23.Ibraheem Yazeed, 29, was the first person arrested in her disappearance.Yazeed was arrested on Nov. 7 in Escambia County, Florida, and was extradited to Alabama. He is charged with kidnapping in the first degree, a designation that includes the intent to inflict physical injury. Surveillance video from inside the convenience store showed both Yazeed and Blanchard inside at the same time, and a witness outside the store said he saw Yazeed force her into her car, according to an arrest affidavit.Police said they found evidence in Blanchard’s vehicle, which was found abandoned near an apartment complex in Montgomery, which indicates that she may have been the victim of foul play.Blanchard’s father, Elijah Blanchard, told ABC News in a previous interview that his daughter “would not leave” without telling anyone.”She always calls me at the end of the day to see how my day was,” Elijah Blanchard told ABC News on Oct. 28. “She would never not contact somebody and let them know what she’s doing.”Her stepfather, UFC heavyweight fighter Walt Harris, has shared multiple photos and videos of Blanchard on his Instagram page.”Please help find my baby Aniah Blanchard. She is missing [in] Auburn,” Harris, one of the top UFC contenders in the heavyweight division, wrote to his more than 36,000 followers. “Please help!!!! Any info message me on here or call the Auburn police … PLEASE SHARE THIS!!!!”Copyright © 2019, ABC Radio. All rights reserved.