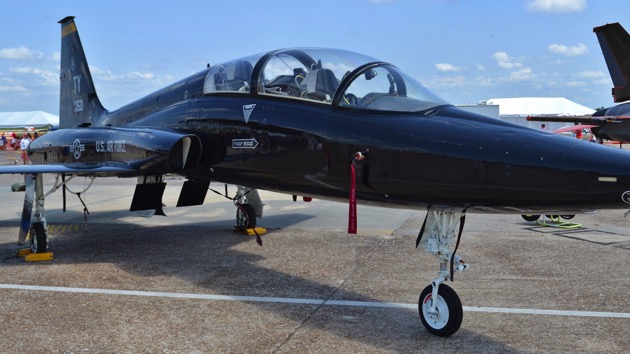 (ENID, Okla.) — Two U.S. airmen were killed while performing a training mission at Vance Air Force Base in Oklahoma, the Air Force said on Thursday.According to a statement from the base, two Air Force T-38 Talons, which are training aircraft, were involved in a mishap at approximately 9:10 a.m. local time.There were two individuals aboard each aircraft, the Air Force said. It was not immediately clear which aircraft belonged to the two airmen killed in Thursday’s crash, but aerial footage obtained by ABC affiliate KOCO showed one aircraft with hatches raised and the second overturned.

BREAKING | AIRCRAFT ‘MISHAP’ AT VANCE AFB: Two aircraft are involved in what authorities are calling a “mishap” at Vance Air Force Base in Enid, Oklahoma. Here’s what we know at this time: https://t.co/b9fn3TUAqs #KOCO5 #BreakingNews https://t.co/uBP8TfLnrP

“Vance emergency response personnel are on scene to treat casualties and assist in recovery efforts,” the base statement said.The names of individuals killed will be withheld pending next of kin notification.A safety investigation is underway, according to the Air Force. Copyright © 2019, ABC Audio. All rights reserved.