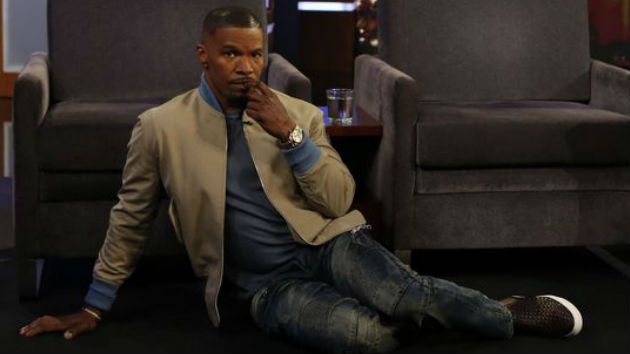 (NEW YORK) — For a guy who cut his teeth in the entertainment industry throwing get-togethers for the likes of P. Diddy and other stars, it should be no surprise that Jamie Foxx knows how to have a good time.Page Six reports he did just that Tuesday night and into Wednesday morning in New York City. The Oscar-winning actor and musician started the night with a performance at a benefit for the Prostate Cancer Foundation, entertaining a well-heeled crowd that reportedly included music mogul David Geffen, producer David Foster and his wife, singer Katharine McPhee.After killing it there, Foxx reportedly left with “an entourage of 30 friends” and headed south, to the Brooklyn Chop House. He performed there, too — apparently impromptu — and stayed long after closing time, but not before leaving a $2,000 tip when he departed at 5 a.m.
Copyright © 2019, ABC Audio. All rights reserved.