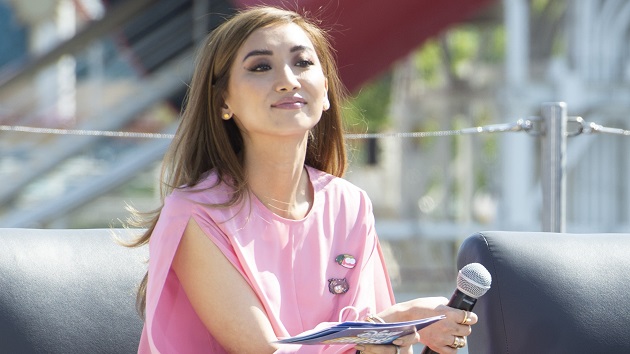 In a candid interview with Teen Vogue, Song opened up about her rejection.  She revealed that, when news of the movie first came out, she tried to set up an audition but was turned away. “Their reasoning behind that, what they said was that my image was basically not Asian enough, in not so many words,” She explained.

The 31-year-old actress, who is half Thai and half Hmong, said the message “broke my heart.”

However, in the face of rejection, Song says she found a new opportunity.  After taking time to refocus on herself by traveling, she quickly returned to work.

Netflix offered her the lead role in Secret Obsession, a movie that became one of the streaming giant’s biggest summer flicks of 2019.  Shortly after, she earned a starring role in the Hulu original series Dollface and the Disney Channel animated series Amphibia.

Crazy Rich Asians director Jon Chu responded to Song’s claims on Wednesday. “I love [Brenda Song] and that sucks if anything of that nature was ever communicated. It’s gross actually,” He tweeted.  “The fact is, obviously I know who she is and didn’t need her to audition. I’m a fan of hers!”

In a separate tweet, the director said “I feel horrible she thinks this is the reason” and that it “makes no sense.”

Song has yet to respond to Chu.

US sends Bradley Fighting Vehicles to Syria to boost security for troops following Russian encounter
DHS whistleblower may not appear before Congress next week, lawyer says
Wisconsin breaks own record for new COVID cases
Black man beaten by Georgia deputy speaks out after release from jail: ‘I feared for my life’
1-year-old hears mother’s voice for first time
Trump in ‘jam’ in Minnesota as in-person voting begins, but ‘turnout’ key for Biden