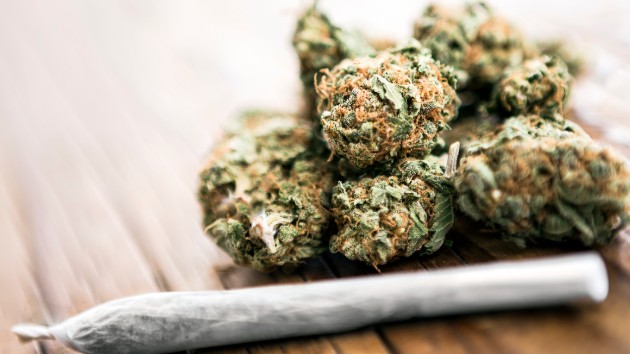 (WASHINGTON) — The House Judiciary Committee passed a bill on Wednesday that could decriminalize marijuana use at the federal level, giving states more room to craft unique regulations. The “Marijuana Opportunity Reinvestment and Expungement Act of 2019″ — also called the MORE Act — could officially remove cannabis from the list of federally controlled substances, expunge federal marijuana convictions and arrests, and approve allocation of resources for communities affected by the war on drugs, according to the bill’s text. The legislation, introduced by Rep. Jerrold Nadler, D-N.Y., and co-sponsored by more than 50 lawmakers, passed 24-10 in the committee on Wednesday.It would also establish an organization — called the Cannabis Justice Office — to introduce a 5% sales tax on cannabis sales in states where it remains legal, according to the bill.”These steps are long overdue. For far too long, we have treated marijuana as a criminal justice problem instead of a matter of personal choice and public health,” Nadler, the committee’s chairman, said during bill markup. “Federal action on this issue would follow growing recognition in the states that the status quo is unacceptable.”Nadler added, “Despite the federal government’s continuing criminalization of marijuana, 33 states and the District of Columbia have legalized medical cannabis.”The landmark bill marks the first time a congressional committee has passed a bill in favor of legalizing marijuana at the federal level. It will still need to pass the full House before moving to the Senate — where it’s likely to stall.The MORE Act would remove marijuana as a Schedule I substance, a category that also features other drugs, such as heroin, LSD, ecstasy and peyote.”States have led the way — and continue to lead the way — but our federal laws have not kept pace with the obvious need for change,” Nadler said in a statement. “We need to catch up because of public support and because it is the right thing to do.”Former Vice President Joe Biden has spoken out in favor of decriminalizing marijuana and expunging criminal records for possession charges, but like Nadler, thinks each state should decide whether or not to legalize it.Biden’s lukewarm approach to marijuana has put him at odds with other 2020 Democratic presidential contenders, such as Massachusetts Sen. Elizabeth Warren and Vermont Sen. Bernie Sanders, who have each supported sweeping legislation to reform how the criminal justice system deals with the drug.Fellow candidates California Sen. Kamala Harris and New Jersey Sen. Cory Booker have also released plans to legalize marijuana if they’re elected to the White House.While similar bills have been introduced in the Senate, Majority Leader Mitch McConnell noted he doesn’t “have any to endorse the legalization of marijuana,” as he told reporters in December, despite his approval last year of a farm bill that would legalize hemp.Still, while the House is a step closer to legalizing cannabis across the U.S., it isn’t likely the bill will be signed into law by President Donald Trump, who has openly opposed pro-legalization legislation, even if it ended up on his desk.Trump even donated part of his salary in 2019 to pay for a promotional campaign highlighting the negative effects of marijuana use, as Health and Human Services Secretary Alex Azar said in a statement in August. Copyright © 2019, ABC Audio. All rights reserved.