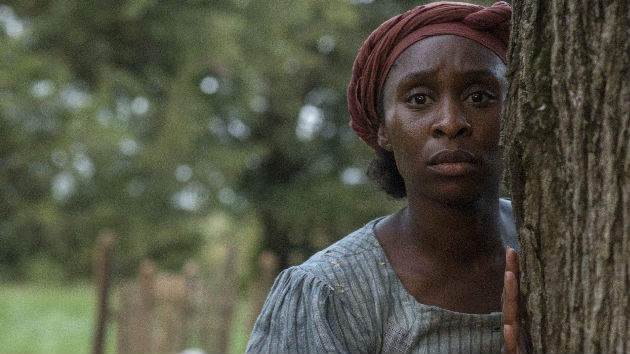 (LOS ANGELES) — Before Cynthia Erivo landed the coveted role in the historical drama Harriet — based on the life of abolitionist Harriet Tubman — the film’s screenwriter says one studio exec had the nerve, or the ignorance, to suggest Julia Roberts should portray the historical figure.

To avoid any confusion, yes, Julia Roberts is still a white woman.

In a recent Focus Features Q&A session with Harriet screenwriter Gregory Allen, Allen revealed the jarring 1994 conversation which he says reflected “the climate in Hollywood” some 25 years ago.

“I was told how one studio head said in a meeting, ‘This script is fantastic. Let’s get Julia Roberts to play Harriet Tubman,’” Allen explained. “When someone pointed out that Roberts couldn’t be Harriet, the executive responded, ‘It was so long ago. No one is going to know the difference."”

Thankfully, other studio execs did know the difference, and went against casting Roberts in the role. Since that encounter, Allen says business and profitability of diverse narratives has totally changed.

“When 12 Years a Slave became a hit and did a couple hundred million dollars worldwide, I told my agent, ‘You can’t say this kind of story won’t make money now,’” Allen said. “Then Black Panther really blew the doors open.”

“I can’t believe this is real,” one person tweeted.

“Serious question: how often are black actors cast to play white people? Like, did anyone think of Morgan Freeman as Mr. Rogers?,” another shared.

“The worst part is I bet that white studio exec never gave it another thought until this went public yesterday,” said another fan. “Now he’s sweating, and he should be.”

Harriet is in theaters now.