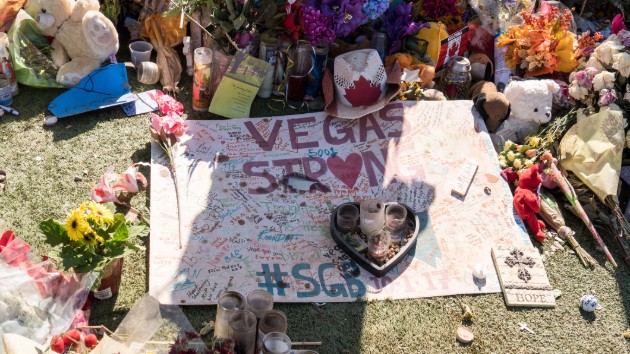 (NEW YORK) — An Arizona man pleaded guilty Tuesday to illegally making bullets sold to the Las Vegas mass shooter. Douglas Haig, 57, pleaded guilty to engaging in the business of manufacturing ammunition without a license, according to the Department of Justice.From July 2016 to several weeks after the Oct. 1, 2017 massacre, Haig ran an unlicensed ammo manufacturing business from his home, according to the Justice Department.He promoted and sold his ammo at gun shows, including in Nevada, prosecutors said.Haig, of Mesa, Arizona, is not accused of playing a direct role in the Oct. 1, 2017, Las Vegas mass shooting.On that night, Stephen Paddock opened fire from a Las Vegas hotel room, targeting concertgoers below at the Route 91 Harvest Music Festival, authorities said. Haig’s bullets were found in the hotel room.Fifty-eight people were killed and hundreds more were injured in what became the deadliest shooting in modern U.S. history. One woman shot in the attack died just this past Friday. It was not immediately clear if her death was related to her injuries.Haig is set to be sentenced on Feb. 19, 2020. He faces a maximum of five years in prison and a $250,000 fine, according to the Justice Department. Copyright © 2019, ABC Audio. All rights reserved.

House Democrats unveil reform package to ‘prevent future presidential abuses’
Drew Barrymore gifts $10,000 to fire chief who lost home in Oregon fires
How to protect yourself from low air quality, pollution amid raging wildfires
‘We’re ready’ to open Disneyland, park officials say
Jussie Smollett once again seeks to have charges against him dismissed
‘On the Basis of Sex’ and ‘RBG’ returning to theaters in tribute to Ruth Bader Ginsburg