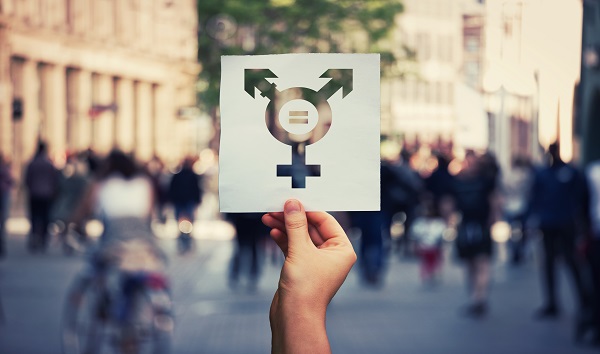 (NEW YORK) — Congressional lawmakers and 2020 presidential hopefuls marked this year’s Transgender Day of Remembrance by encouraging their social followers to speak the names of those who died of anti-transgender violence.Sens. Elizabeth Warren, D-Mass., Bernie Sanders, I-Vt., Cory Booker, D-N.J., Kamala Harris, D-Calif., were among dozens of lawmakers who tweeted in support of the 20th annual Transgender Day of Remembrance on Wednesday, urging Americans to fight for justice for the 22 transgender women killed this year.”Hateful acts of anti-trans violence have claimed far too many lives — many whose names we’ll never know. Today we honor them,” Booker tweeted. “To those who continue to face discrimination & violence due to transphobia: I see you, I love you, & will never stop fighting for you. #TDoR2019.”Harris tweeted a similar statement, saying, “We can never stop saying and remembering their names. On Transgender Day of Remembrance, we must recommit to seeking justice for the lives taken and ending this epidemic. #TDOR.”At least 22 transgender people — 19 of them trans women of color — have been killed in 2019 alone, according to the Human Rights Campaign, an advocacy group. At least 29 transgender people were killed in 2017, making it the deadliest year on record, and at least 26 transgender people were killed in the U.S. in 2018, the group said.Human Rights Campaign President Alphonso David said the violence had reached “crisis” levels in a statement this week, noting that trans women of color represented an overwhelming majority of those targeted.”Transgender women of color are living in crisis, especially black transgender women,” David said. “Every one of these lives cut tragically short reinforces the urgent need for action on all fronts to end this epidemic — from lawmakers and law enforcement, to the media and our communities.”Since 2013 HRC has tracked at least 150 transgender deaths due to fatal violence, but the organization said the violence is hard to track due to misgendering (incorrectly applying gender labels) and transphobia.One of the most recent victims, 29-year-old Itali Marlowe, was found dead in a driveway in Houston with multiple gunshot wounds in September. Last month, 30-year-old Brianna “BB” Hill, was found shot to death in Kansas City last month. Family members and friends described her as a beloved member of her community, a fan of the Kansas City football team and said she loved spreading joy by sharing funny videos on her Facebook page, according to HRC.Police arrested suspects in both cases, but the majority of the cases have not been solved.Lawmakers and 2020 presidential hopefuls pointed to these violent attacks as examples of why the U.S. needs stronger legal protections for transgender people.In many states, including Texas and most southern states, discrimination laws do not include protections based on sexual orientation or gender identity, leaving transgender people more vulnerable to job discrimination and more likely to resort to illegal activity to earn a living, according to LGBTQ rights advocates. It also makes them prime targets for violence and abuse.”When Washington ignores crises in the LGBTQ+ community, people die. On the eve of Transgender Day of Remembrance, let’s commit to ensuring the safety and well-being of all Americans,” South Bend, Indiana mayor and 2020 democratic hopeful Pete Buttigieg, tweeted.”Transgender people, particularly transgender women of color, are disproportionately affected by fatal violence,” Senator Bob Casey, D-Penn., tweeted. “We must do more to stop hate crimes, enforce legislation to prosecute these crimes and prevent those convicted of hate crimes from purchasing guns.”Copyright © 2019, ABC Radio. All rights reserved.