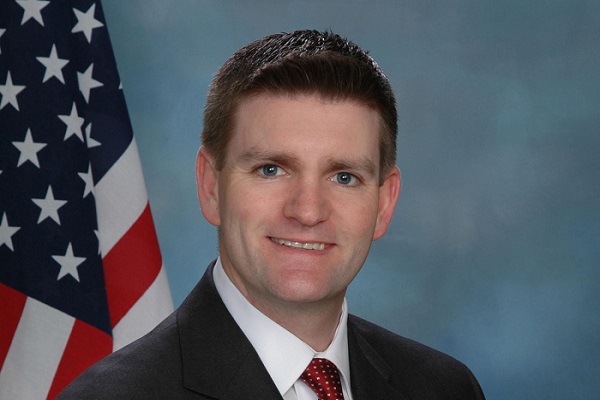 Harrisburg, PA (AP) — A Democrat in Pennsylvania’s state Senate is switching his registration to become an independent and will caucus with the Republican majority. Sen. John Yudichak of Luzerne County said Tuesday that registering as an independent is the only way he can faithfully and fully serve his district.

He’s occasionally split with Democratic leadership on floor votes before. He says he’ll continue to back 2020 Democratic candidate Joe Biden and his stances on issues won’t change, such as backing some of Democratic Gov. Tom Wolf’s signature issues, and his alliances with Democratic allies such as labor unions.

However, he says he has found a growing disconnect from what he calls “an increasingly liberal Democratic party”.

Harrisburg, PA (AP) — A moderate Democrat in Pennsylvania’s state Senate from an area that shifted decisively to support Donald Trump in 2016’s presidential election is switching his registration to become an independent and said Tuesday that he will caucus with the Republican majority.

In a news conference in his Capitol office, Sen. John Yudichak of Luzerne County said that he had found a growing disconnect with an increasingly liberal Democratic caucus and party, and that some issues that are important to him will find a better home in the Republican caucus.

A pro-labor descendant of coal miners in a historic coal region, Yudichak maintained that his move wasn’t personal or about a single event. His stances on issues won’t change, such as backing some of Democratic Gov. Tom Wolf’s signature issues, and his alliances with Democratic allies such as labor unions and trial lawyers won’t change, he said.

Adding to the tightrope Yudichak will walk, he said he would continue to support and fundraise for Democrat Joe Biden in the 2020 race for president, as well as Democratic candidates whose interests align with his.

Republicans hold 27 seats in the 50-seat chamber, with one solidly Republican district temporarily vacant until the winner of a Jan. 14 special election is sworn in. Counting Yudichak and the vacant seat, Republicans will likely have an effective 29-21 majority next year.

Yudichak, 49, has occasionally split with Democratic leadership on floor votes. He was the party’s longtime chair of the Environmental Resources and Energy Committee, and coming from a historic coal region occasionally put him at odds with environmental advocacy groups and Democratic colleagues who favor renewable energies.

Yudichak’s departure comes after Democrats picked up six seats in the past year, substantially changing the profile of the caucus to become more liberal and shifting its powerbase to southeastern Pennsylvania.

It also comes as Democrats had eyed the potential in 2020 of capturing the Senate majority for the first time in nearly 30 years.

While his Senate district has a heavy Democratic registration advantage, it bore the hallmarks of Trump country: it is whiter, with lower median incomes and lower rates of college-degree attainment, than the rest of Pennsylvania.

Still, Wolf won Luzerne County in last year’s election and Yudichak, who won’t go before voters again until 2022, had seemed safe in his seat: he didn’t even have an opponent last year on his way to winning a third four-year term.

His registration switch had been brewing for several years “as I’ve seen on certain issues where the party has drifted far, further from my viewpoints and my values,” he said.

He also views the Senate’s Republicans as “less of a purist party,” he said, and he framed his move as a way to break out of an “us vs. them” political world that is consuming, corrosive and alien to the world where his constituents live.

While top Republicans issued a statement Tuesday welcoming Yudichak, Democrats bade him a bitter goodbye. In a statement, Senate Minority Leader Jay Costa, D-Allegheny, said Democrats were “extremely disappointed” to see Yudichak turn his back on their “large tent” values.

Yudichak responded that he didn’t believe Democrats had a big tent, and that “that tent is shrinking every day.”