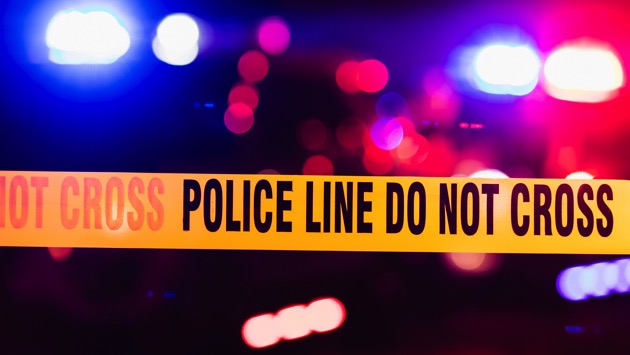 (AUGUSTA, Ga.) — A Georgia community is in mourning after an experienced narcotics investigator was gunned down in a “cowardly act” while on a routine patrol Tuesday night, said the sheriff.Cecil Ridley, a narcotics investigator with the Richmond County Sheriff’s Office, was among the officers confronting individuals outside a convenience store in Augusta around 8:30 p.m., according to the Georgia Bureau of Investigation.When one of the men being questioned, 24-year-old Alvin Theodore Hester Jr., left the parking lot against instruction of deputies and walked into the convenience store, an officer approached him inside, according to Richmond County Sheriff Richard Roundtree.Then Hester tried to leave the store, and at the same time, Ridley was walking in as backup, authorities said.That’s when Hester — allegedly holding a bag with three guns and drugs — approached 51-year-old Ridley and shot and killed him, according to the sheriff.Two officers returned fire at Hester and he was struck and taken into custody, authorities said.Ridley was part of a proactive team to combat “senseless gun violence” in Augusta and was one of the most “aggressive and seasoned investigators,” Roundtree said at a news conference Wednesday afternoon.”These teams are designed to conduct aggressive operations,” targeting areas where drug, gang and gun activity are most prevalent, the sheriff said.Ridley spent 17 years with the Richmond County Sheriff’s Office and “was assigned to the narcotics division for the majority of his career.”Ridley was “extremely passionate about his job” and “an asset to this agency,” Roundtree said.”I want him to be a symbol of what we’re trying to do in Richmond County,” the sheriff said. “We’re trying to eliminate and reduce gun violence in Richmond County.”While talking about trying to reduce crime in the city and not wanting people to walk around with guns, the sheriff said of the suspect: “you have two hands, but you got three guns.””The City of Augusta mourns with [the Richmond County Sheriff’s Office] and the family of Investigator Cecil Ridley,” Augusta Mayor Hardie Davis, Jr. tweeted. “He gave all while serving and protecting others. May we all pray for comfort and strength to the men and women who wear the uniform of [the Richmond County Sheriff’s Office].”

The @CityofAugusta mourns with @RCSOGA and the family of Investigator Cecil Ridley. He gave all while serving and protecting others. May we all pray for comfort and strength to the men and women who wear the uniform of @RCSOGA pic.twitter.com/MehWg9L8sp

“He gave his life to protect and serve others, and losing him in the line of duty is heartbreaking,” Georgia Gov. Brian Kemp added. “May God give his community comfort in this difficult time.”

.@GAFirstLady, the girls, and I ask Georgians to join us in praying for Investigator Ridley’s loved ones. He gave his life to protect and serve others, and losing him in the line of duty is heartbreaking. May God give his community comfort in this difficult time. https://t.co/UnATpq3j8e

Charges are expected against Hester, who remained in the hospital Wednesday, authorities said.Copyright © 2019, ABC Audio. All rights reserved.

New York City election officials scramble to fix printing error on absentee ballots sent to voters
‘Black Equals Beauty’: Queen Latifah to produce series highlighting Black women’s influence on American culture
House passes bill to ban doping horses on race day
Get your first glimpse of Emma Corrin as Princess Diana on ‘The Crown’
Shannen Doherty on her battle with stage 4 breast cancer: “I’ve got a lot of life in me”
‘Saved by the Bell’ reboot coming to Peacock on November 25