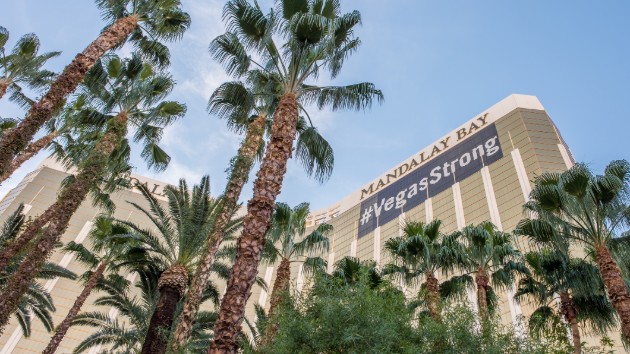 (NEW YORK) — A 57-year-old woman who was injured in the 2017 Las Vegas mass shooting has died, according to officials. Kimberly Gervais of Mira Loma, California, suffered spinal injuries in the massacre and was recovering at a nursing facility, according to the San Bernardino County Coroner’s Office.On Friday, Gervais was taken to the Redlands Community Hospital where she was pronounced dead at 4:51 p.m., coroner’s officials said. An autopsy will determine her cause and manner of death.Gervais could become the 59th person to die from the Oct. 1, 2017, mass shooting. That night, a gunman opened fire from the 32nd floor of the Mandalay Bay Resort and Casino in Las Vegas, targeting concertgoers below at the Route 91 Harvest Music Festival. Fifty-eight people were murdered and hundreds of others were injured in what became the deadliest shooting in modern U.S. history.Copyright © 2019, ABC Audio. All rights reserved.