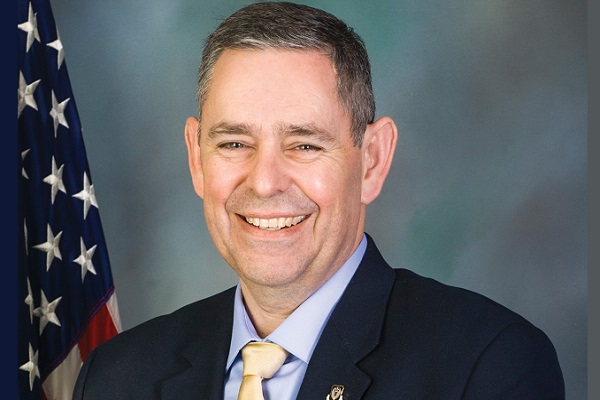 Harrisburg, PA – Rep. Cris Dush (R-Jefferson/Indiana) issued the following statement today to officially confirm that he is not seeking a fourth term in the Pennsylvania House of Representatives:
“Many people are aware that I am intending to honor the pledge I made six years ago to only run for three terms in the state House. It has become apparent, however, that many more have not. In fact, there are some who recently told me they were unaware that I’d made such a commitment.

“The purpose of this announcement is to ensure the citizens of the 66th Legislative District in Jefferson and Indiana counties are aware of the promise that I have made and my intent to honor this pledge. Additionally, because I’ve been asked to reconsider on numerous occasions, it is also to serve as a request to my constituents not to ask me to go back on my word.

“Many of those who have asked me to reconsider have cited that I won nearly 80% of the vote in a contested election last year, and other similar indicators they say demonstrate that folks want me to continue what I’m doing.

“While I’m flattered and honored by your trust in me, I must point out several things beginning with Deuteronomy 23:23, which clearly says, ‘Whatever your lips utter you must be sure to do, because you made your vow freely to the LORD your God with your own mouth.’ In short, I must honor my commitment as made unto God.

“Second, once one sacrifices one’s integrity one cannot get it back. At best, it would take years to restore even the sense in others that one has it. This is why, among the Air Force Core Values of ‘Integrity First, Service Before Self and Excellence in All We Do’ Integrity is ‘First.’

“These positions were never intended by our Founders to be life-time appointments. It is good to have good people cycle through the legislative offices. It is unfortunate that, since Woodrow Wilson persuaded the federal legislature to abdicate its solemn role of creating law to the executive to accomplish by regulations, many see the Legislature as a place of perks and privilege instead of a place to honorably fight and protect the rights of the people. It is, however, for The People to decide through the electoral process.

“It was my honor to have had so many opportunities to serve our country in the Air Force. To return home to have the people of Jefferson and Indiana counties chose to honor me with their trust to ensure the laws of Pennsylvania are just and to protect their rights as their representative in the state House has been such a blessing and honor that I know I cannot adequately convey with words.

“Thank you for this honor!

“Finally, my encouragement to everyone in the district is this: Take the time to carefully evaluate every person who endeavors to obtain your vote to succeed me.

“This job impacts, literally, every aspect of your life! You must have someone there who believes in God, You and the Constitution.

“God, for as our Pennsylvania Constitution states, it is from Him whom ‘the Blessings of civil and religious liberty,’ come.

“You, because you all are what makes this state and nation work. The only thing that provides for the quality of life we enjoy in this country are the people who make it happen. Government didn’t, government couldn’t, make it happen without you and your employers generating the wealth which provide them with the resources to build our infrastructure and services.

“Whoever holds this seat next MUST realize they have to be good stewards of the resources you provide. The Constitutions of Pennsylvania and the United States are the Covenants between all of you (not the government) on how you choose to be governed.

“Government is not sovereign; you, all of you collectively through those sacred documents, are. Those documents are the instructions for the Legislature, the executive and the courts to follow.

“Make certain those who would ask you to rise to any seat of authority are committed to these three imperatives! Having been your servant in this role I can attest you deserve that much. The only way you won’t is if you choose to allow someone to take the seat who won’t commit to these.

“It is with a grateful heart I again say Thank You to all of you for the opportunity to serve you the past five years and the remaining 12 months in my term. This last year will see me continuing the fight for you until the person you next select takes the seat.

“God Bless each of you.”