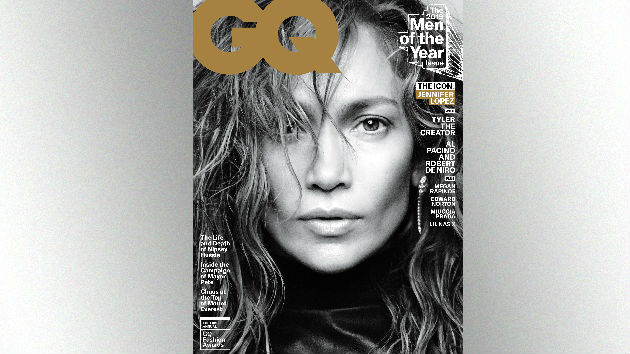 (NEW YORK) —  In the new “Men of the Year” issue of GQ, which hits stands Tuesday, Jennifer Lopez takes her place as the magazine’s Icon of the Year, talking about her career, empowerment, and — celebrating both — her movie, Hustlers.

The based-on-real-life film had Lopez playing Ramona, a stripper at a high-end gentlemen’s club who launches a scheme to scam her and her co-workers’ wealthy clients. Unlike Ramona, Lopez says money isn’t always her focus.

“I do things because I love them. I didn’t get paid a whole bunch of money for Hustlers,” says J. Lo.  “I did it for free and produced it. I bank on myself.”

Hustlers was a “movement,” says Lopez: “This is our movie where we run s**t. They know it’s all women producers, women director, women writer, all women starring in it.  For me, who grew up with my sister sleeping in the same bed, and then went from one relationship to the other, playing that character, and having to be that independent and in charge, I was just like, ‘God, this is so empowering."”

However, J. Lo confessed, “It was scary when I was watching it.”Lopez also touched on her upcoming co-headlining the Super Bowl Halftime gig with Shakira. Considering the controversy with the NFL over social issues, Jennifer said, “I understand people not wanting to do it.”

However, she adds, “I feel like it’s…one of the biggest [platforms] in the world to put out whatever message you want to put out…I feel that it’s a great thing to have two Latina women in Miami headlining the Super Bowl…I think it could be a really beautiful celebration.”