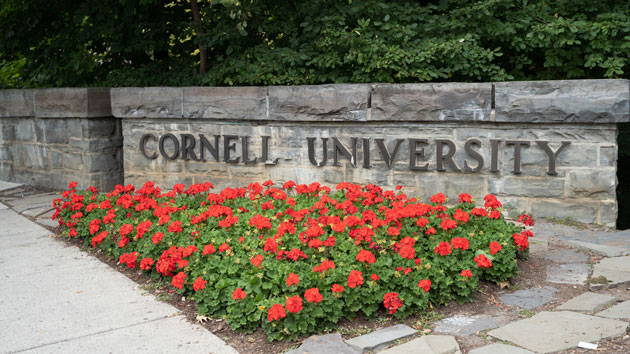 (ITHACA, N.Y.) — The parents of a Cornell University student are demanding answers after their son died following an off-campus fraternity party.Eighteen-year-old Antonio Tsialas’ body was discovered on the evening of Saturday, Oct. 26, according to a statement on the school’s website by Ryan Lombardi, Cornell’s vice president for student and campus life.”His body was recovered this evening inside the Fall Creek gorge. A full investigation of the circumstances of his death is underway; no foul play is suspected,” the statement said. Fall Creek Gorge is part of a nature preserve in Ithaca, New York.Prior to his disappearance, Tsialas had dinner with his parents, who were visiting. He then attended an off-campus party but never returned to his dorm, his parents told “Good Morning America.””There are people that know what happened and nothing is being said,” father John Tsialas told “GMA.”Tsialas’ parents are offering $10,000 to anyone who was at the frat party and can provide information.”We have to really take a closer look at these organizations,” said Antonio’s mother, Flavia Tomasello.”At this time, we’re just looking for the truth. We’re not trying to point fingers at anyone. We just would like the truth,” Tomasello said.Tsialas’ family has been “devastated by this and they’re looking for answers,” David Bianchi, the family’s attorney, told “GMA.”Officials are investigating the incident. University police said they have issued sobpenoes and have obtained search warrants and will eventually turn over that evidence to state investigators.”While we do not yet have definitive answers about the cause of his death, it is already widely known that an unregistered fraternity-sponsored event took place on October 24, that alcohol was served, and that first-year students, including Mr. Tsialas, were in attendance,” said Cornell University President Martha E. Pollack in a statement sent to the Ithaca campus community on Nov. 8.She said in the same statement that the fraternity events, “regrettably follow a pattern of misconduct in the Greek-letter system” and that the event Tsialas attended was “… an unregistered fraternity-sponsored event…”Bianchi said that the fraternity, Pi Kappa Psi, played a “huge role in what happened here.”“The leaders of this particular fraternity, they served large quantities of alcohol,” he said.The Pi Kappa Psi fraternity told ABC News in a statement that they extend their deepest condolences to the Tsialas family and that its members are working with police in the investigation.Tsialas’ death is most recent in a pattern of fraternity-related deaths. Last week, Samuel Martinez, a Washington State University student, was found dead at a fraternity house near campus.A preliminary investigation indicated Martinez’s death may be alcohol-related but investigators don’t believe the incident met the definition of hazing, police said.San Diego State University recently suspended 14 fraternities after freshman Dylan Hernandez died days after attending Phi Gamma Delta event on Nov. 6.In early October, Ohio University suspended all 15 of its Interfraternity Council (IFC) fraternity chapters after a student died in an alleged hazing incident.Copyright © 2019, ABC Audio. All rights reserved.