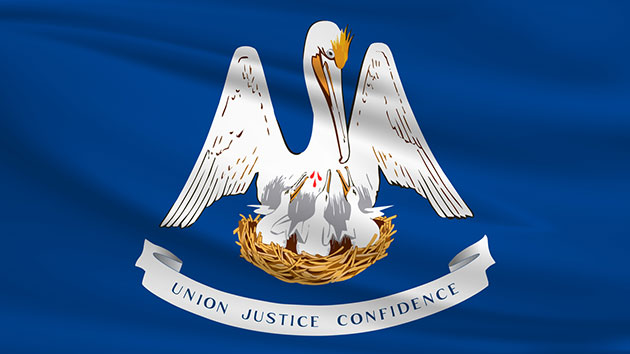 (NEW ORLEANS) — In the Deep South, Democratic Gov. John Bel Edwards will stave off a challenge from a Donald Trump-backed GOP rival to win reelection in Louisiana’s tight gubernatorial race.Edwards leads GOP candidate Eddie Rispone, 50.7% to 49.3%, late Saturday, according to unofficial results from Louisiana’s secretary of state’s office at the time of the call.The result is seen as a stinging blow to the president, who bet heavily on Rispone. It’s the second time this week a Trump-backed candidate has lost a major race.The runoff election came amid a looming impeachment investigation that seeped into the state’s off-year contest, nationalizing the last gubernatorial election of 2019.Trump made three stops in the state for back-to-back rallies in a little over a month, testing the bounds of his strength to sway an election outcome in Republicans’ favor — as the party grapples with concerns over ceding more ground in a ruby red state.Rispone, an entrepreneur and native of northern Baton Rouge, counted on the president’s popularity to offset his struggles as a political outsider — he began his bid with little state-wide name recognition, up against the incumbent — and carry him over the finish line as Trump often claims he does in tight races.The president injected himself into the race, testing his influence to deliver another GOP victory as he did in neighboring Mississippi last week, but failed to do in Kentucky.Trump pleaded with his supporters in Louisiana on Thursday, asking them to give him a win after he failed to save Kentucky Gov. Matt Bevin, who conceded his race earlier in the week.”So Trump took a loss, so you got to give me a big win please,” he told the crowd. “The next step to victory begins on Saturday. Your vote on Saturday is your chance to show the radical left Washington Democrats that Louisiana rejects their extremism and their corruption. You will not allow your voice to be silenced, you will not allow your vote to be canceled.”Despite the state siding with Trump by 20 points in 2016 over former Secretary of State Hillary Clinton, the Pelican State elected a Democrat in 2015 when Edwards defeated David Vitter, a scandal-tarred Republican seeking to follow the unpopular Bobby Jindal, 56% to 44%.Edwards, a rare Democratic governor in a southern state, relied on his winning 2015 playbook, positioning himself as a moderate Democrat with conservative stances on guns and abortion, touting his record as a West Point graduate and former officer in the U.S. Army. The Democrat also aimed to focus his reelection campaign on his investments in education and the economy, and his successful efforts with Medicaid expansion throughout his governorship.”The progress that we have made is still at stake. It took all of us to put Louisiana back on a path to prosperity, but it only takes one person putting Washington style politics over the people of Louisiana to reverse everything that we have accomplished together,” Edwards said last month on the night of the primary.”We are not going back. But that is exactly what Eddie Rispone would have us do,” he continued. “He wants to put us right back on the path that led us straight into the ditch.”Rispone, who largely self-funded his campaign, attempted to align himself in lockstep with the president.”We need a pro-Trump conservative, an outsider, someone with serious business skills, someone that’s not beholden to special interests,” Rispone told the crowd at the Monroe rally earlier this month. “Someone that’s got backbone to go against the status quo, someone like Trump.”In an effort to nationalize the race around the fight over impeachment, Rispone repeatedly tried to cast his opponent as “a radical liberal Democrat,” invoking rhetoric Trump frequently uses in a state that heavily leans red.Despite Rispone’s name being on the ballot, the GOP candidate reiterated his pitch Thursday night in Bossier City, as he stood shoulder-to-shoulder with Trump, suggesting that a vote for him is also one for the president.”We have to get rid of John Bel Edwards, and we need your help,” Rispone said at the third rally. “This is bigger than Louisiana.”Edwards was forced into a runoff last month, despite winning the most votes in the jungle primary in which he received 47% to 27% for Rispone, who split the vote with another Republican in the contest, Ralph Abraham, but failed to secure a majority of the vote to win outright.Ahead of Saturday’s runoff, turnout was already up from the Oct. 12 primary: more than 480,000 voters opted to cast their ballots early, surpassing the primary’s early vote total by over 100,000, according to the Monroe News Star.Copyright © 2019, ABC Audio. All rights reserved.