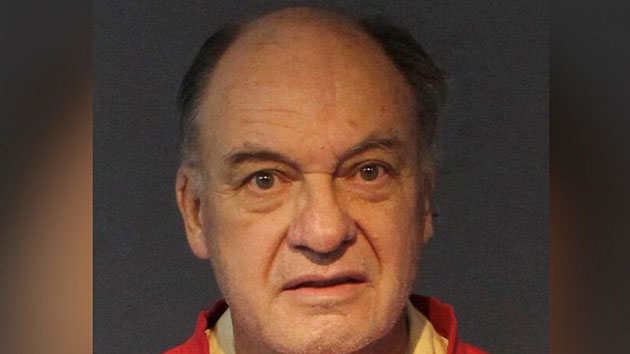 (SAN FRANCISCO) — Cold-case investigators may have solved a 40-year-old murder with the arrest of a 73-year-old Arizona man.Charles Gary Sullivan was charged Friday with open murder of 21-year-old Julia Woodward of San Rafael, California, 40 years after the woman’s bludgeoned body was discovered in a shallow grave near Reno, Nevada, authorities said.Sullivan is scheduled to be arraigned in Washoe District Court on Nov. 19, accordingWoodward had left her family’s California home on Feb. 1, 1979, to go job hunting in Nevada. Two months after her arrival, her body was found in a canyon in Hungry Valley, about 20 miles north of Reno.Police said her eyes were sealed shut with bandaids, her legs were zip-tied, and it appeared that a blow to the head killed her.”It’s like if your child had cancer, you would know everything there is to know about the disease,” her mother, Cecily O’Connor, told San Francisco ABC station KGO when detectives re-opened the case in 2015. “In this case, you just want to know what happened. You want to be there with her in your mind and think about what really happened.”Using DNA tools that were unavailable four decades ago, investigators tied Sullivan to Woodward’s death, according to an indictment filed in August and unsealed this week.”The defendant, Charles Gary Sullivan, in or about 1979, within the County of Washoe, State of Nevada, did willfully, feloniously, without authority of law, and with premeditation, deliberation, and malice aforethought, and/or in the perpetration or attempted perpetration of a sexual assault, kill Julia Woodward by striking her with a rock,” the indictment said.Sullivan is being held without bail, according to jail records.This was not Sullivan’s first brush with the law relating to a crime against a woman. Sullivan, according to court documents, was charged, but not convicted, with kidnapping a 25-year-old California woman. A Nevada County, Calif. jury did find Sullivan guilty of false imprisonment and making a criminal threat.Sullivan, court documents read, picked up a woman hitchhiking from her aunt’s funeral in Utah to Yuba City, California. Instead of taking her there, he allegedly zip-tied her wrists and ankles and took her to a remote area off the interstate. The woman was able to escape and fled to the road and flagged down two men driving by on an ATV.Copyright © 2019, ABC Audio. All rights reserved.

Meghan McCain of ‘The View’ gives birth to baby girl
Presidential debate: Trump, Biden face off for first time ahead of November’s election
In Pennsylvania, advantage Biden with a big boost from women: POLL
Coronavirus live updates: Researchers find rapid rise in pediatric COVID-19 cases across US
Windy, dry and hot weather will continue for parts of California
Man plummets to his death after falling from branch on cliff while posing for picture