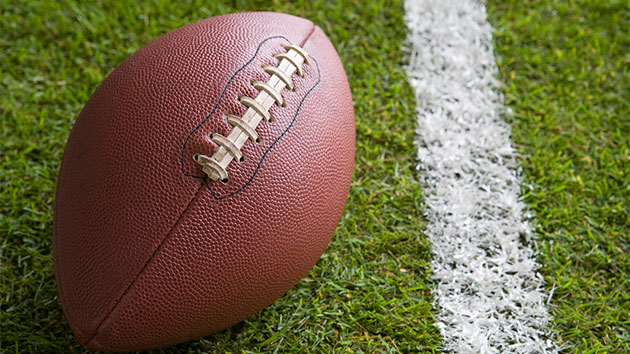 (NEW YORK) — Four New Jersey men and a juvenile were arrested after shots rang out during a football game at Pleasantville High School Friday night, sending players and spectators running for cover, Atlantic County Prosecutors announced on Saturday.A 27-year-old man is in stable condition after undergoing surgery and a 10-year-old boy is in critical condition. A 15-year-old boy who suffered a graze wound was treated and released from a nearby hospital.Atlantic County Prosecutor Damon Tyner said in a press release that 31-year-old Alvin Wyatt was arrested and charged with three counts of attempted murder, unlawful possession of a weapon and possession of a weapon for an unlawful purpose. Michael Mack, 27; Tyrell Dorn, 28; Shahid Dixon, 27 and Vance Golden, 26, were also charged connected to the shootings and are charged with unlawful possession of a weapon and certain persons not to posses a weapon.The juvenile offenders identification was not immediately released.The alleged assailants were all spectators at the Friday night game between Camden High and Pleasantville. During the third quarter witnesses said shots were fired in the spectator stands.The shooting, at Pleasantville High School near Atlantic City, continues a nationwide trend of shootings at or around high school football games that stretches back to at least August.”Unlike some of the shootings that have occurred on school premises throughout the country, this incident had nothing to do with the students of Pleasantville High School or Camden High School,” said Tyner. “The venue simply presented an opportunity for criminals to pursue their own form of petty vengeance against one another. As a result, an innocent child was caught and injured in their crossfire. Our community will not be held hostage by a few idiots intent on jeopardizing our safety and the safety of our children.”At least a half a dozen shots were fired, according to witnesses who spoke to Philadelphia ABC station WPVI.Video from the scene showed spectators running for safety as players and referees sought cover by lying down on the field.”When the shooting happened, it was mayhem,” said eyewitness Jonathan Diego. “I mean, it literally was just people coming in waves, running away from the right-hand side of the field towards the high school. And I think part of the fence was actually busted down from bodies of people just going over the fence. And there was just a lot of people afraid. There were kids getting separated from their parents running around the field.”The 10-year-old boy was taken by emergency crews to an area hospital and later transferred to Children’s Hospital of Philadelphia in serious condition, WPVI reported.”High school playoff football should be a cause for community celebration, not the backdrop for panic and terror,” said New Jersey Governor Phil Murphy in a statement. “I am grateful for the lifesaving swift actions of first responders to tend to the wounded, and our prayers are with the victims for a swift and full recovery.””We’re doing everything that we can to make sure that their families and them are getting the medical care that they need,” Pleasantville Police Chief Sean Riggin said.One firearm was recovered at the scene, the chief said.An investigation is underway and the police have already received valuable assistance from the community, Riggin added.The game was suspended following the incident.Afterward, officials with the Camden City School District said that no Camden students were injured in the shooting.”We are able to confirm that no Camden High students were injured or otherwise harmed during the incident,” officials said on the school district’s Twitter account.The shooting comes two months after two teens were shot during a football game at Philadelphia’s Simon Gratz High School.That shooting, on Sept. 20, marked at least the fifth week in a row that a shooting had taken place during a high school football game in the U.S.Copyright © 2019, ABC Audio. All rights reserved.

‘On the Basis of Sex’ and ‘RBG’ returning to theaters in tribute to Ruth Bader Ginsberg
Trump bashes China at UN amid warnings against a world divided by two superpowers
DOJ announces largest drug, gun and cash seizure in darknet history
QAnon’s growth mirrors sharp spike in far-right extremist violence in US: Experts
Air Force veteran aims to calm violence and help young victims in her community
What we know about the alleged racist attack on a New York City jogger