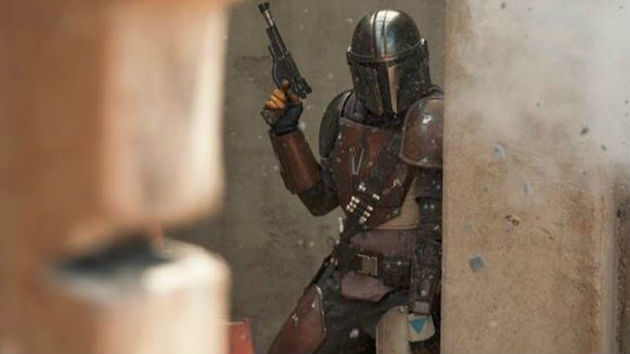 (NEW YORK) — The second episode of the new Disney+ Star Wars series The Mandalorian had fans staying up late — or rising early Friday morning — as it debuted at midnight.

Unlike other streaming shows that drop full seasons at a clip, show creator Jon Favreau specifically wanted one episode to be released at a time, he explained at this week’s launch event in Los Angeles. “I think it’s great to have a serialized show like this because I feel like it really taps into what George Lucas was originally inspired by: the films like Flash Gordon, that he grew up with. The serialized shows that they would show one reel at a time to audiences on Saturdays.”

He adds, “And there’s a fun sense of adventure, and fun and excitement and room for cliffhangers and twists and reveals. And I think that’s really the spirit of the Star Wars that I grew up with.”

Directed by Dope and The Chi’s Rick Famuyiwa, “Chapter 2: The Child” picks up moments after the pilot ends. Pedro Pascal’s title character has found his quarry, a baby of an alien race that’s intimately familiar yet so mysterious to Star Wars fans. While the baby is the same species as a classic character, only Lucas himself knows what exactly that species is and from what planet it hails.

That being said, The Child is certainly sought-after, as the Mando finds his trip to return the quarry to his client interrupted by alien bounty hunters, and a clan of those scavengers of the Star Wars universe known as Jawas. The bounty hunter also comes to learn the child in the floating, pod-like bassinet has incredible power.