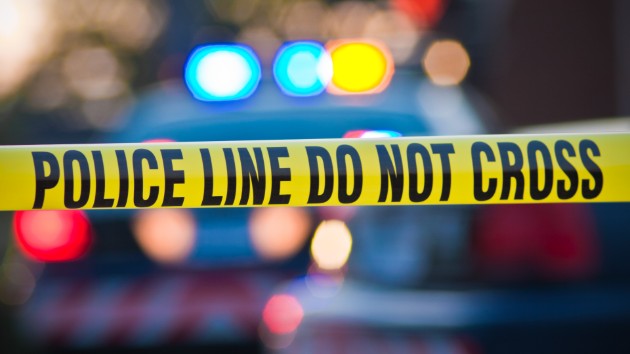 (SANTA CLARITA, Calif.) — What should have been a normal Thursday spiraled into a nightmare for students and teachers at Saugus High School in Santa Clarita, California, north of Los Angeles. A male student, on his 16th birthday, was in the school’s quad around 7:30 a.m. when he took a pistol from his backpack and unloaded the entire magazine, shooting five classmates and himself. “From the time that he withdrew the handgun from his backpack to the time that he was on the ground with a gunshot wound to his head was about 16 seconds,” Capt. Kent Wegener of the Los Angeles County Sheriff’s Department told reporters late Thursday.Choir teacher Kaitlin Holt said one girl, shot in the hip and shoulder, was rushed into her classroom by other students. She gave the wounded student first aid and called 911. “I’m not typically a calm person,” Holt told ABC News, “but in that situation, for my students, I think that kind of kicks in.” Two of the five victims, a 16-year-old girl and a 14-year-old boy, died in the hospital a few hours later.Now, as the community wades through the chaos and grief, authorities are desperate for answers. “We have not yet established a motive or a nexus between the subject and his victims other than to say that they were all students at the high school together,” Wegener said. The suspect remains in the hospital in critical condition from a self-inflicted gunshot wound to the head, authorities said. The three surviving victims are a 15-year-old girl, a 14-year-old girl and a 14-year-old boy, who are all in stable condition.First responders arrived on scene just minutes after receiving the initial 911 call. The six wounded students were transported to local hospitals, according to authorities. The William S. Hart Union High School District, which includes Saugus High School, canceled Friday classes at all of its schools in the wake of the attack.A .45 caliber semiautomatic pistol was recovered from the crime scene, and investigators have served a search warrant at the suspect’s family home in Santa Clarita, just a couple miles from the school. As authorities search for a possible motive, there’s no evidence so far to suggest the suspect acted on behalf of a group or with any co-conspirators.Investigators were alerted to a social media page after the shooting that purportedly belongs to the suspect and contained a post that read, “Saugus have fun at school tomorrow.””I can confirm that that was posted to his account, and I can also confirm that it has been changed since this incident, which means there is somebody else that has access to this account — be it a hacker, be it a friend that has his password,” Wegener told reporters. “That was posted at one point. We are aware of it and we are researching the source, when it was posted and when it was taken down.” The suspect’s mother and girlfriend are both speaking with detectives, according to authorities. Many students and their families, overcome with emotion, congregated at vigils Thursday night, where they held a moment of silence for the victims, prayed and embraced each other. Jeff Turner, a father of three Saugus High School students, said his daughter “was beside herself, hysterical” after she fled the school because she “thought she should have stayed and helped the kids she saw shot, feeling terrified and guilty all at once.” “I broke down in tears,” Turner told ABC News. “Had to pull myself out of it to help her.”