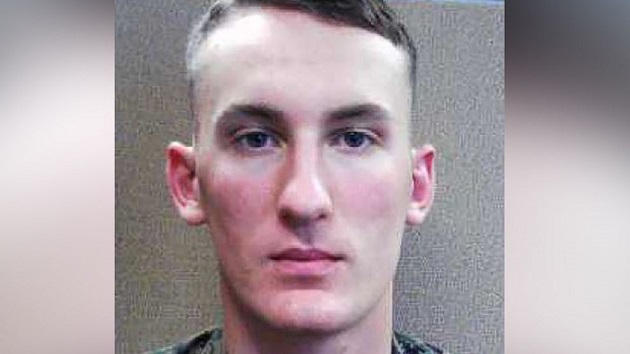 (ROANOKE, Va.) — Schools near Roanoke, Virginia, have been closed after the vehicle associated with a member of the U.S. Marine Corps wanted in a fatal shooting was found in the area.Authorities have been searching for 22-year-old Michael Alexander Brown since Sunday, when he was named as a suspect in the shooting death of Hardy, Virginia, resident Rodney Brown, 54, the day before.Michael Alexander Brown is the son of Rodney Brown’s live-in girlfriend, according to the Franklin County Sheriff’s Office.Around 4 a.m. Thursday, emergency dispatchers in Roanoke received a 911 call detailing a suspicious man dressed in a black lace-linked coat in the area near Tillett Road, Roanoke Police Chief Tim Jones told reporters at a news conference.Investigators later confirmed that the man was likely Michael Alexander Brown and located his RV on Tillett Road, Jones said.The Marine is now likely on foot or searching for alternative modes of transportation, as all of the vehicles he would have access to have been cleared, Jones said.Michael Alexander Brown was serving as a combat engineer for the United States Marine Corps until around Oct. 18, when he deserted his post at Camp Lejeune in North Carolina. He had been seen in and around Franklin County in recent weeks, according to authorities.He has access to weapons, including those with high-capacity magazines, and “knows how to maneuver his way around various types of terrain,” Jones said.It is unknown where he may be headed, but he has been known to live in the woods or visit national parks, authorities said.Jones cautioned residents in the area to remain vigilant and try to shelter in place, if possible.Franklin County authorities have issued an arrest warrant for second-degree murder and the use of a firearm in the commission of a felony for him.The U.S. Marshals Service is offering a $10,000 reward for information leading to his arrest. Copyright © 2019, ABC Audio. All rights reserved.