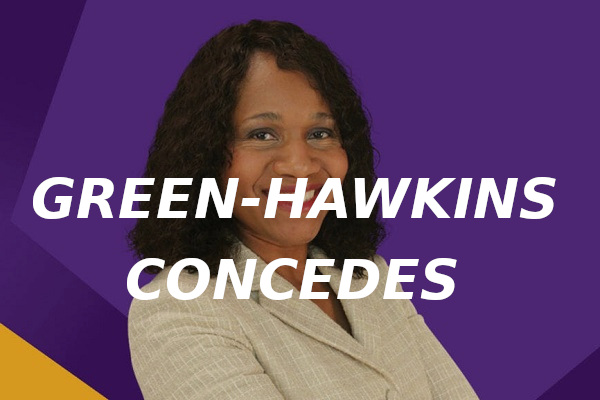 Harrisburg, PA (AP) — Although Pennsylvania elections were more than a week ago, some of the results are still technically up in the air. However, a Democratic candidate for a pair of open Pennsylvania Superior Court seats is conceding that she lost the race after unofficial results showed her fewer than 17,000 votes behind the second-place finisher.

Amanda Green-Hawkins, a longtime steelworkers’ union lawyer from Pittsburgh, said in a statement Wednesday that there’s an insurmountable number of votes to overcome and that a recount won’t change the outcome.

The 15-seat court handles civil and criminal appeals from Pennsylvania’s county courts. The court currently has eight Republicans and six Democrats, with one vacancy and one Republican retiring.

Jennifer Lawrence explains how she went from voting Republican to becoming a proud Democrat
Can you change your vote? Trump thinks people should
San Francisco passes CAREN Act to criminalize phony 911 calls based on race
What issues will win the Latino vote on Election Day?
Women of color will play crucial role in both presidential and local elections
Following confirmation to Supreme Court, Barrett takes first oath at White House