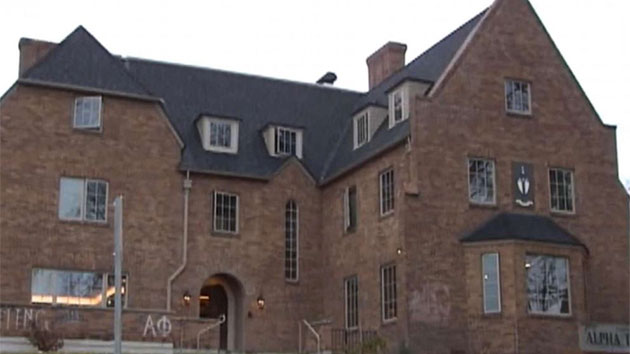 (PULLMAN, Wash.) —  Police are investigating the death of a 19-year-old Washington State University student who was found dead at a fraternity house near campus.The male student was found at the Alpha Tau Omega house in Pullman, Washington, on Tuesday at around 8:30 a.m. after fellow frat members reported that he was “unconscious and not breathing,” police said.Other students attempted to perform CPR, but first responders pronounced him dead on the scene, the Pullman Police Department said.A preliminary investigation indicated the death may be alcohol-related, police said, but the Whitman County Coroner’s office has yet to determine the exact cause of death.”I think our primary responsibility is just to make sure that if there’s alcohol involved — and obviously anytime you pay attention to the news and the media you have to be aware of possible hazing implications,” Jake Opgenorth, operations commander for Pullman police, told Spokane ABC affiliate KXLY. “So we just want to make sure that we’re not looking at a hazing incident; so we’re gonna investigate it and talk to everybody that we can and try to get to the bottom of this.”The university did not disclose the student’s identity, but described his death as a “tragic loss.” All university fraternity and sorority events have been suspended amid the ongoing investigation.”The university extends its deepest condolences to all those impacted by this heart-breaking situation,” the university said in a statement. “WSU counselors and Student Affairs staff have met with those most closely affected by this tragic loss.””In response to this situation, all fraternities and sororities within the WSU Greek community have self-imposed an immediate suspension of all social events for the remainder of the semester,” it added.The national Alpha Tau Omega fraternity released only a brief statement, saying in part, “Alpha Tau Omega mourns the death of a member who passed away overnight. The chapter is working with local officials and university administrators in their investigation.”The WSU student’s death comes just two days after a San Diego State University freshman, Dylan Hernandez, died after leaving a fraternity gathering. Hernandez died when he fell off a top bunk following an event at the school’s Phi Gamma Delta house. All 14 fraternities at the school were suspended in the wake of his death.Separately, an Arizona State University student was found dead Monday at the Greek Leadership Village, but school officials have not released details about the circumstances of his death. Copyright © 2019, ABC Radio. All rights reserved.