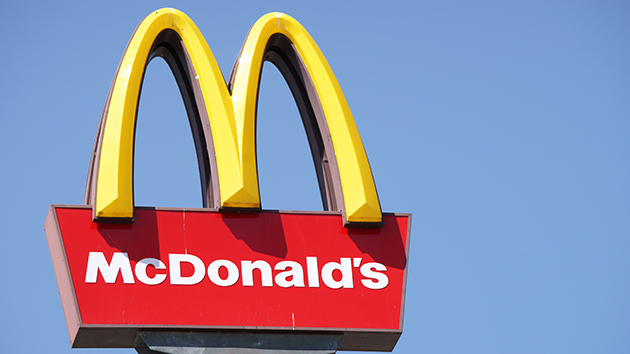 (NEW YORK) — Fast-food giant McDonald’s was hit with a lawsuit this week alleging a “toxic work culture” and “pervasive sexual harassment” of female employees.In a lawsuit filed Tuesday, former employee Jenna Ries, 32, shared her story of rampant workplace sexual harassment and threats of retaliation or being fired when she fought back at a McDonald’s franchise near Lansing, Michigan.”I lived in constant fear of losing my job because I didn’t want to be treated like trash, and because I didn’t give in to my harasser’s disgusting behavior,” Ries said in a statement. “It drove me to tears and ultimately left me no choice but to take action. I’m speaking out now to make sure what happened to me doesn’t happen to anyone else at McDonald’s.”Ries said a swing manager she worked with at the McDonald’s franchise would routinely call her a “b****” or “whore” and more, “in front of multiple other co-workers, including the General Manager,” according to the complaint.Moreover, Ries “endured routine physical assaults by the swing manager,” the court documents allege. “He frequently grabbed her body parts, including her crotch, breasts and buttocks. He pulled her hair and pushed her into other workers.”On one occasion, the swing manager put his penis in Ries’ hand while they were both working in the kitchen, the complaint further alleges.Ries said that she would respond to the harassment by begging the manager to stop, including telling him to “leave me alone,” and “do not touch me,” according to the complaint. “He responded by yelling at her and threatening to get her fired.”The lawsuit is seeking class-action status and alleges that McDonald’s “creates and permits a toxic work culture from the very top,” referencing former CEO Steve Easterbrook’s firing after engaging in a consensual relationship with an employee. Easterbrook received 26 weeks of severance pay when he was terminated earlier this month.Even though the alleged conduct took place at a McDonald’s franchise restaurant, the lawsuit claims that McDonald’s Corporation “maintain national franchise standards to which all of their franchisees are expected and required to adhere, and that affect almost every aspect of the restaurants’ functioning, including practices and policies affecting crew members’ labor conditions.”The restaurant where the alleged abuse against Ries took place is owned by MLMLM Corporation which could not be reached in repeated attempts by ABC News for comment on Wednesday. The lawsuit alleges that the “franchise agreement” that McDonald’s has with the franchise owner, however, “give the McDonald’s Corporate Defendants unlimited and unrestricted authority to inspect restaurants to monitor workplace conditions, including labor conditions, and to ensure compliance with the standards and policies of the McDonald’s Corporate Defendants.”More than 90% of McDonald’s restaurants worldwide are owned and operated by independent franchisees, according to McDonald’s corporate website.In May 2018, McDonalds workers in nine cities filed complaints with the Equal Employment Opportunity Commission alleging rampant sexual misconduct.Jamelia Fairley, a McDonald’s employee at a corporate-owned store in Florida and a leader in the minimum wage driven Fight for $15 and a union movement within the company, also filed a sexual harassment complaint against the company in May 2019.Fairley called on the company’s new CEO to “sit down with worker-survivors and hear our stories.”“McDonald’s needs to let survivors and our advocates drive the solution,” she said in a statement Tuesday. “Nothing is going to change for us, without us.”Asked to comment on Ries’s lawsuit, McDonald’s told ABC News in a statement Wednesday that, “There is a deeply important conversation around safe and respectful workplaces in communities throughout the U.S. and around the world, and McDonald’s is demonstrating its continued commitment to this issue through the implementation of Safe and Respectful Workplace Training in 100% of our corporate-owned restaurants.””We are encouraged by the partnership and commitment from the National Franchisee Leadership Association and the Women Operators Network that represent franchisees across the U.S. to work with franchisees to implement this important Safe and Respectful workplace training program,” the statement added.In August, the company jointly announced with the National Franchisee Leadership Alliance, a body representing more than 2,000 McDonald’s U.S. franchisees, that they were rolling out a slew of new workplace trainings aimed at creating a safe and respectful workplace and said it opened up a free intake hotline for any employment concerns.Copyright © 2019, ABC Audio. All rights reserved.