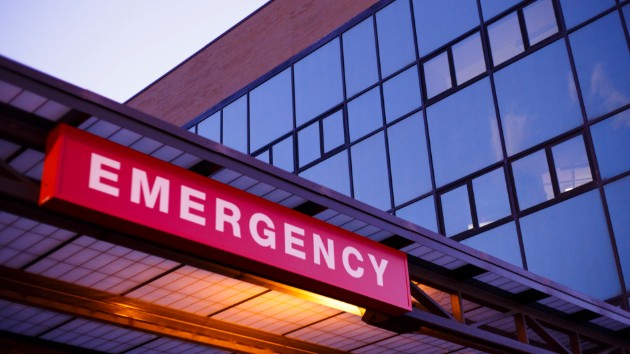 (FRESNO, Calif.) — A 12-year-old California boy has suffered third degree burns across his face, chest and back after his friend attacked him in the shower with a cup of liquid while he was sleeping over at his house.The incident occurred on the morning of Nov. 4 when Antonio Kemp was taking a shower at his friend’s house while on a sleepover.The boy’s mother, Elaina Boyd, recalls the moment when her son came home banging on the front door to let him in.”His skin was hanging off of his body, boils were around his face, and he was running through the house screaming in pain saying I need help, I need help,” Boyd told ABC News Fresno station KFSN-TV. “They don’t know if it was a chemical or if it was water, hot boiling water. They said we don’t know, but there’s some type of burn on him.”Now, more than a week later, Antonio — who has undergone surgery and has pig skin covering some of his wounds as he tries to regrow his own skin — says he is traumatized by what his friend did to him.”I see him, I think with a cup, and he splashes it all over me,” Antonio said. “And right when it splashed, I started freaking out because it burned. And I looked in the mirror I saw my skin hanging and I saw bubbles. Worst pain I’ve ever felt … What did he pour on me and why did he do it? That’s all I want to know.”Antonio says that he and his friend were not fighting and that it could not have been retaliation.“I never did nothing to him,” Antonio said.His mother has a different theory.”They’re good buddies. They are known to kind of play tricks on each other back and forth, and it appears maybe this went a little too far,” Boyd told KFSN last week.”He’s just right now, traumatized. He doesn’t want to spend the night at a friend’s house. He doesn’t want to take a shower,” Boyd said. “He can’t stop crying. He just [has] tears coming down his eyes cause he’s looking at himself in the mirror.”The Fresno County Sheriff’s Office is investigating what transpired in the lead up to the incident. ABC News has reached out to the Sheriff’s Office but have not heard back.”Our job is to just collect all the facts and submit it and give it to the Districts Office and let the DA and the family work it out and see if they want to go to the next level and pursue a criminal complaint,” said Fresno County sheriff’s spokesperson Tony Botti.However, the Fresno County Sheriff’s Office told KFSN that they have yet to question the boy who allegedly caused the burns because the family has invoked his right to an attorney.Antonio’s family have set up a GoFundMe page and have raised close to $6,000 from more than 100 donors so far.A criminal case could be pending but, for now, Antonio is focusing on recovering — both physically and mentally.”It still kind of hurts looking side to side,” Antonio said. “Day by day, I’m getting better each day.”Copyright © 2019, ABC Audio. All rights reserved.

Gwyneth Paltrow reveals how she talks safe sex and healthy relationships with her teenagers
‘The ﻿Wendy Williams Show’ ﻿to continue with guest hosts into November
Biden admin backs down on tracking bank accounts with over $600 annual transactions
Over 60,000 officers assaulted in 2020, with 31% sustaining injuries: FBI
Family of Elijah McClain reaches settlement with Aurora, Colorado
Rebel Wilson acknowledges people are “obsessed” with her recent weight loss