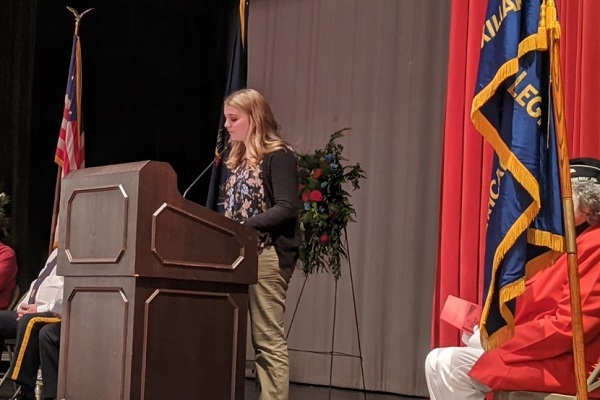 Brockway, PA – Brockway schools hosted more than a hundred veterans during two ceremonies at the elementary school and the junior-senior high school.

The Friday before Veterans’ Day, the sixth grade at the elementary school put on a program for area veterans. students sang songs from World War II and recited poems. American Legion Post 95 Commander Bill Sabatose gave the elementary a new flag to add to its collection. This year, the flag was a yellow “Don’t Tread On Me.”

On Veterans’ Day itself, the junior-senior high school held what it called the “94th Veterans’ Day Program.” This long-running program included patriotic music played by the high school band, a speech by a student, and a solemn ceremony at the end.

Senior Lainee Swanson spoke about the concepts of honor and pride, urging her classmates to thank veterans. Then, Sabatose held the Post Everlasting Ceremony, where he read the names of area veterans who have passed away in the last year. The Honor Guard stepped outside the high school and performed a rifle salute and played “Taps.”

Principal Mark Dippold said that the program is important so that students learn about the sacrifices veterans made for the country’s freedoms. 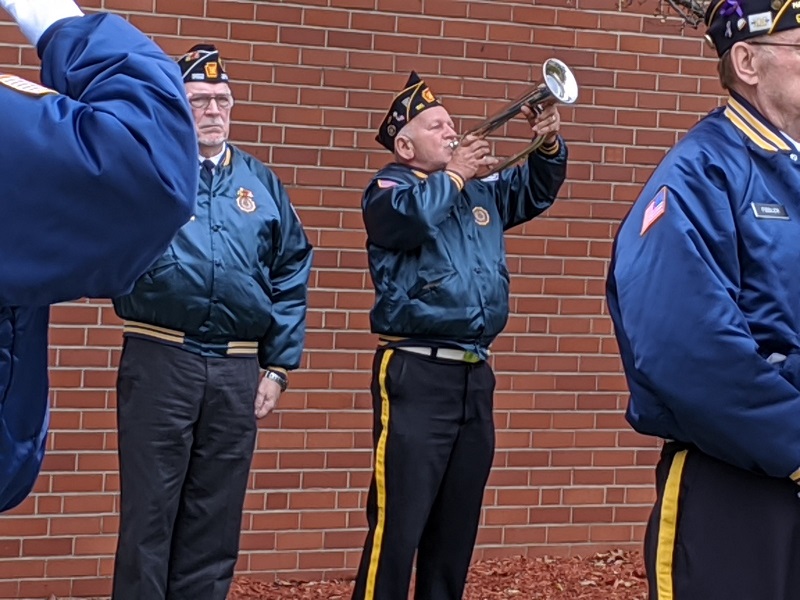 Lainee Swanson speaks to the crowd. 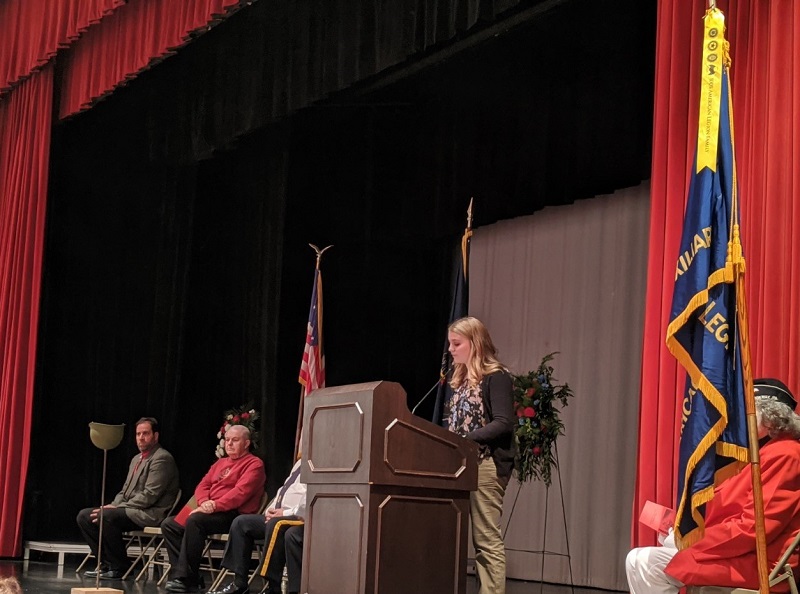