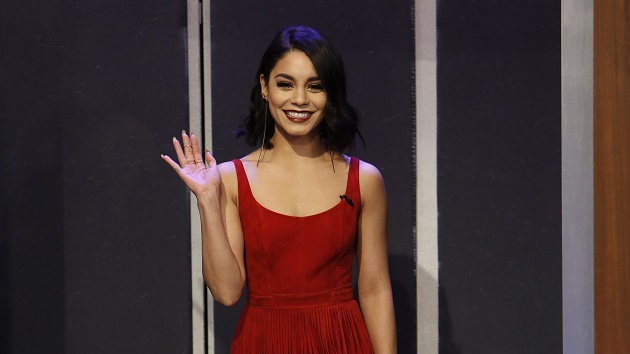 (NEW YORK) — Vanessa Hudgens threw it all the way back to 2006 in the most relatable way possible by enjoying a quick round of drunk karaoke. She posted the evidence to her Instagram on Sunday.

Of course, she chose to tackle her biggest hit from Disney’s High School Musical — “Breaking Free” — which went hilariously wrong.  She shows just how dangerous it can be when one combines cocktails with a microphone by turning the originally sweet and uplifting song into something beyond recognition.

Fans shouldn’t be too offended by Vanessa’s performance, though, as she explains in the Instagram caption, “Um. Here’s a really bad, aggressive, and totally sober version of breaking free. Yep. That happened lol.”

The Spring Breakers actress  is seen bobbing her head and dancing in a circle as she attempts to recall the song’s lyrics, to which she shouts at times.  Luckily, some party goers lent her a hand by quietly singing along until she was back on track.

Hudgens elaborated in her caption, “it hurts my ears but also makes me laugh lol” before addressing what was probably the biggest yikes of her cover. “The “ooo yeah”. Dear lord lol,” she jokes, finishing with a facepalm and rock sign emoji.

The 30-year-old definitely proves one thing, however. She knows how to have a good time, with or without a mic — or cocktail — in hand.