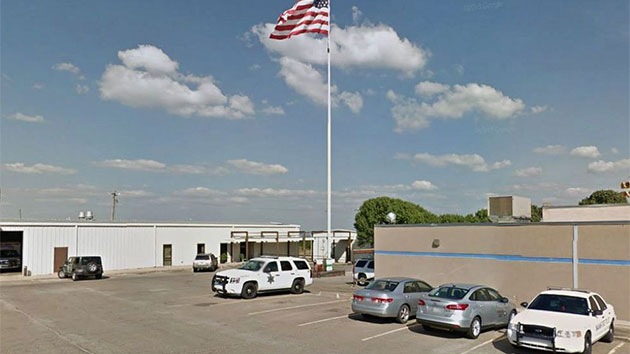 (PENSACOLA BEACH, Fla.) — An Oklahoma police chief was found dead in a Florida hotel late Sunday night and local authorities have arrested one of his officers in connection with his death.Mannford’s police chief, 44-year-old Lucky Miller, was pronounced dead at a Hilton hotel in Pensacola Beach, according to the Escambia County Sheriff’s Office. One of Miller’s Oklahoma officers, Michael Nealey, was booked into the Escambia County Jail Monday and charged with homicide. His next scheduled court date is Dec. 5, according to jail records. No bond was set.Authorities have not released more details about how the incident started nor Miller’s cause of death. The city of Mannford, Oklahoma, confirmed Miller’s death on Monday afternoon.Miller had been police chief since 2007 and is survived by his wife, Amber, and three children, the city said.“We are heartbroken by the news,” Mannford Mayor Tyler Buttram said in a statement Monday. “Please keep both families in your prayers as we work to move forward.”Escambia County spokeswoman Sgt. Melony Peterson told the Pensacola News Journal that the two officers were in town for a conference.Mannford town administrator Gerald Haury named Officer Jerry Ridley as interim police chief.Escambia County was also in the news last week when Ibraheem Yazeed was arrested and charged in the disappearance of Alabama teen Aniah Blanchard, the stepdaughter of UFC fighter Walt Harris. Copyright © 2019, ABC Audio. All rights reserved.