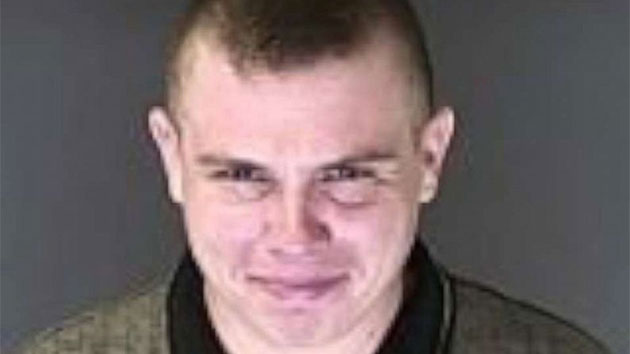 (DENVER) — Richard Holzer, the 27-year-old suspected white supremacist arrested after allegedly planning to bomb a Colorado synagogue, appeared in federal court Friday.Holzer, who appeared with his public defender, waived his preliminary hearing, ABC Denver affiliate KMGH-TV reported.He’s been charged with attempting to obstruct religious exercise by force using explosives and fire.He allegedly told an undercover FBI agent that he hoped to poison members of the Temple Emanuel synagogue in Pueblo, Colorado, and claimed he had paid off a “Mexican cook to hex and poison” attendees by putting arsenic in the water pipes, according to an arrest affidavit.The undercover agent connected with Holzer through a Facebook account that portrayed her as a white woman supportive of white supremacy ideology. Holzer allegedly told her he was “a skinhead” and former Ku Klux Klan member, sending her images of himself wearing clothing that featured symbols related to white supremacy.The FBI said the account was one of several that Holzer allegedly used to “promote white supremacy ideology” and racially motivated acts of violence. At one point, he posted in a group chat: “I wish the holocaust really did happen … they need to die.”Court documents allege Holzer first suggested the idea to attack the synagogue with Molotov cocktails, but later decided he’d need something stronger. The agents told Holzer they could obtain pipe bombs and dynamite from out of state.On Oct. 31, he told the undercover agents he planned to go through with the attack on Nov. 1. According to the affidavit, Holzer “said that he wanted to put the Synagogue on the ground and demolish it.”On Nov. 1, Holzer met three undercover FBI agents at a hotel. They showed him pipe bombs and dynamite. That’s when he was arrested, at which point Holzer allegedly waived his Miranda rights and confessed.Holzer’s next court appearance is set for Nov. 25. Copyright © 2019, ABC Audio. All rights reserved.

Sunscreen can be absorbed in the bloodstream — but more testing needed
Mom pays off $50k in debt, shares how she did it
Deal to buy vacant home shows severity of homelessness crisis, advocates say
Derek Jeter, Larry Walker inducted into Baseball Hall of Fame
NFL unveils PSA about man killed in own home by police
Trump impeachment: GOP-led Senate rejects amendments, approves rules of trial