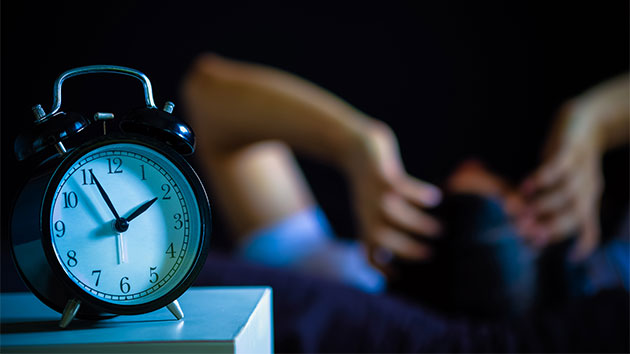 By Dr. Angelo Landriscina (NEW YORK) —  People who have trouble sleeping may be at higher risk of heart disease and stroke according to a new study published today in the medical journal Neurology.Researchers from Peking University in Beijing China followed 487,200 Chinese adults for a decade to examine the relationship between insomnia and cardiovascular health.Participants were surveyed on their difficulty falling or maintaining sleep as well as on their early morning awakening and “daytime dysfunction” (difficulty concentrating because of poor sleep).Researchers then tracked cardiovascular disease in the participants over the next 10 years using a national health registry.Their findings indicated that the risk of overall cardiovascular disease, ischemic heart disease or ischemic stroke was significantly higher in participants who had reported insomnia-like symptoms at the beginning of the study period.Overall risk was 9% greater in those who had difficulty initiating or maintaining sleep, 7% greater in those with early morning awakening and 13% greater in those with daytime dysfunction. Furthermore, they found that these risks increased for those with a greater number of sleep symptoms.”These results suggest that if we can target people who are having trouble sleeping with behavioral therapies, it’s possible that we could reduce the number of cases of stroke, heart attack and other diseases later down the line,” said the study’s lead author Dr. Liming Li in a press release.”The link between insomnia symptoms and these diseases was even stronger in younger adults, and people who did not have high blood pressure at the start of the study, so future research should look especially at early detection and interventions aimed at these groups,” he added.The researchers also noted that participants with insomnia symptoms were more likely to be older, female, diabetic, less educated, poorer and more likely to live in rural areas. They were also more likely to report symptoms of depression and anxiety.”Because these factors couldn’t be controlled for, it’s difficult to say that there’s a causal link between insomnia and cardiovascular disease,” said Dr. Ravi Kesari, an internist at NYU Langone Medical Center in an interview with ABC News. “A larger study like a meta-analysis could further define the relationship.”While the study agrees with similar research performed in the United States and Europe, it represents the largest research into this issue to date.Angelo Landrisicna, M.D., is a resident physician in dermatology at the George Washington University School of Medicine and Health Sciences and a member of the ABC News Medical Unit. Copyright © 2019, ABC Audio. All rights reserved.